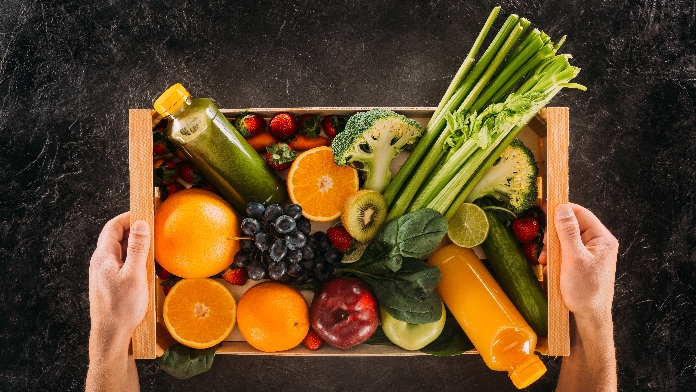 Red meat and cold? Vade retro. Fats and sugars? Never, not even at Christmas. And then there is no milk, cheese, packaged food or even vegetables if you can not go back to the method of cultivation and harvesting. Here they are, they are the health patients. It may seem like a joke, but it is the extreme synthesis of a very dangerous eating disorder because it is silent and often confused with a healthy lifestyle. It's called orthorexia, a neologism coined about twenty years ago combining the Greek terms orthos (correct) and orexis (appetite): in essence, the obsession with healthy eating. A mania that can have serious consequences both in terms of physical health and social life, the people who suffer from it and those around them. "The fixed point of the ortoreic person is to have a healthy body through a selective diet and avoid foods considered harmful," he explains. Sara Bertellipsychiatrist responsible for the eating disorders department of the San Paolo hospital in Milan and president of the
Nutrimente Onlus, an association that deals with this type of disorders. "So there's no control over weight, like in anorexia, but you can get there by switching from selectivity to restrictive nutrition."

When we started talking about orthorexia

Speaking of orthorexia for the first time in 1997, the doctor of work in the USA Steven Bratman, which started from a self-diagnosis. He used to dine alone, and quietly ate no vegetables picked for more than 15 minutes, chewed every bite at least 50 times, and was afraid of getting sick if he accidentally ingested unblemished food. Bratman acknowledged his disorder, elaborated the description and elaborated a test (see last paragraph), still in use, to recognize it. "Ortorexia is not yet officially recognized by the psychiatric world as it is is not included in DSM-5, the last update of the Diagnostic and Statistical Manual of Mental Disorders, which dates back to 2014, and the border with a healthy lifestyle has faded; however there is alarm, "continues the expert.

What are the alarm bells

Ortorrexico spends hours in the supermarket, comparing labels for healthy foods; plans Maniacally dining the week; prohibits anything which may contain preservatives, colorings, chemical additives, GMOs or which does not have an origin and processing considered appropriate; He only trusts his kitchen., which provides accurate cooking methods and the use of well-defined pots and tools. But above all else he thinks obsessively about food.

The origin of the disorder is multifactorial, but certainly the social drive for health is one of the factors. In the sports field and in the circuits of the academy in fact, the greatest risks are lurking, especially among men in their 40s and 50s, between marathon runners and among all athletes who follow high protein diets. For them, the danger is that the journey is accompanied vigorexia, the obsession with physical form. In addition to the social environment, Bertelli identifies some characteristics of the typical character of health patients: extreme accuracy, sometimes perfectionism, increasing performance claim, low self-esteem. "In these cases, food control can be a form of self-therapy: being able to control anxiety and increase self-esteem," says the psychiatrist.

The consequences are serious.

In the early stages, the behavior of Orthorexics can be confused with virtuous attitudes, also because often the state of health improves, since all potentially intoxicating substances are eliminated from the diet. "But over time," continues Bertelli, "control becomes more and more rigid and there is a tendency to exclude any food considered inadequate: food becomes less and less differentiated and decreasing in quantity . Here, then, we enter into a picture very similar to that of anorexia, so that the consequences in the most extreme cases may be those of a malnutrition'. Like this: anemia, weakness, gastrointestinal problems, loss of the cycle in women, dehydration. And not only that. "From the emotional point of view, we are witnessing a strong limitation of freedom of behavior, a true slavery that has serious consequences in personal and social life, "adds the expert. We start by going only to restaurants that offer a" safe "menu, then we completely give up eating out, after which we stop going to friends, until stop participating in any type of dinner, aperitif or party and you hang in. At this point they are almost unavoidable states of anxiety, O sadness and sometimes the emergence of other obsessions like cleanliness, beauty, fitness, fear of getting old or sick.

Friends and relatives may notice the problem

And so, the effects of the behavior of an orthorexia also fall on the family, on the partner and, unfortunately, on the children. «The danger of malnutrition for me children of an orthorexic mother may be high because it gives the child what is considered healthier while the child teenagers they are at risk of having imitative behavior, "warns Bertelli." Hardly an orthrone is aware of having a disorder and goes to the doctor. "Just because the initial goal is positive, which is to feel good and eat healthy, one feels "To put it in Bratman's words," A person who fills the day with tofu and quinoa biscuits may feel as godly as those who have dedicated their entire lives to helping the homeless " This sense of superiority often leads to credence of pseudo-scientific theories and questionable gurus, who disapprove of the claims of official medicine, dangerous do it yourself based on conflicting and dubious information found online. Friends, relatives and close associates play a key role in trying to persuade Ortorian to embark on a course of treatment that, Bertelli concludes, "is based on psychological therapy associated with nutritional rehabilitation." It means getting progressively accustomed to having a diet that from the psychological point of view we define free and the appropriate nutritional ». An approach similar to that of anorexia.

The test developed by American work physician Steven Bratman consists of the following ten questions. If at least four answers are affirmative, consult a physician.

1. Do you think about your diet more than three hours a day?
2. Do you plan meals several days in advance?
3. Is the nutritional value of what you eat more important than the pleasure of eating?
4. Has the quality of your life diminished in parallel with improving the quality of your diet?
5. Have you become stiffer with yourself lately?
6. Does eating healthy increase your self-esteem?
7. Have you eliminated foods that liked eating healthy foods?
8. Does your diet make it hard to eat out?
9. Do you feel guilty when you do not eat properly?
10. Do you feel at peace with yourself and in full control when you eat right? 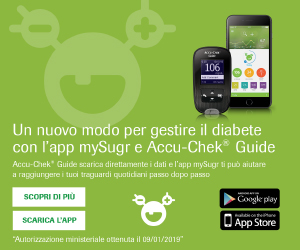 Ask for a psychological consultation