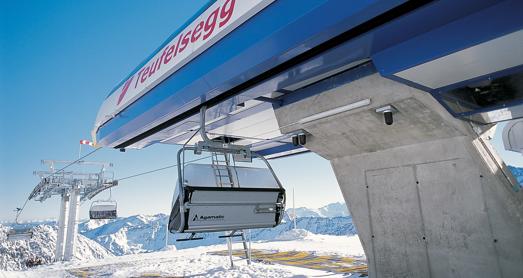 Restrictions in South Tyrol start in a more “soft” way from today: curfew starts between 11 pm and 5 pm, but the early closing for bars is at 8 pm and for restaurants at 10 pm (instead from 18h as in the rest of the national territory), and as of Wednesday 50% of high school students will use distance learning. “The number of people positive for Covid-19 is increasing rapidly across Europe, Italy and South Tyrol explained the president of the Province of Bolzano, Arno Kompatscher, announcement of measures – We must intervene immediately with more incisive measures to stop the chain of infections and reduce the pressure on hospitals and health units, trying to safeguard schools and companies as much as possible ». The Palazzo Widmann executive decided to write an ordinance that will remain in force throughout the provincial territory until November 24: “In fact – explains Kompatscher – we will incorporate much of the new national Dpcm with some adaptations to the local reality due to the room for maneuver that they are granted by our autonomy and by the provincial law of the second phase of last May ».

From 18 drinks only at the table

But how will it work with drinks then? From 6pm, when bars and restaurants are closed throughout the rest of Italy, the administration of food and drinks can only take place at the table, with assigned seats and a maximum of 4 people per table, with the exception of family members living together. There will also be a strict ban on standing consumption, both close to the premises and on public land. “With responsible behavior, we can keep the situation under control from the point of view of health, avoid even more drastic measures and return to a life as normal as possible as quickly as possible”, underlines Kompatscher. Regular public transport services will continue according to scheduled times, but with a maximum capacity equal to 80% of seats.

Opened cinemas, theaters and concert halls: but with a maximum of 200 people

Also in South Tyrol, there will be an obligation to wear a protective mask not only indoors, but also outdoors, where there is no isolation. Shopping centers are expected to close on Saturdays, with the exception, inside, of food stores, while on Sundays all commercial activities, with the exception of service pharmacies, must remain closed. With regard to sport, all admitted competitions must take place behind closed doors, that is, without the presence of the public, and only professional and amateur leagues of national and international character can continue. In the case of football, for example, Serie D and Excellence will also have to stop. Gymnasiums and swimming pools closed, except for the organized training of swimming clubs affiliated to the federation. The general ban on the organization of events and public events is exempt from cinemas, as well as from shows and events that take place in theaters and concert halls, where a maximum of 200 people will be admitted and it will not be possible to distribute food and drinks. . Assemblies and meetings must be held by videoconference, except in cases in which this formula is not possible, with the gaming and betting rooms closed.

Chestnuts / Törggelen are also allowed in closed drink areas in the countryside and on farm restoration activities, such as taverns (Stuben) or traditional cellars: in this case, however, in addition to the safety measures already in place, the rule of 1 person every 4 square meters, if more restrictive. In conclusion, Arno Kompatscher recalls that “for the most problematic areas, even more stringent measures can be adopted», And reiterates the appeal to the population to respect the rules regarding the use of masks, distance and hand hygiene. “With responsible behavior, we can keep the situation under control from the point of view of health, avoid even more drastic measures and return to a life as normal as possible as quickly as possible”.

Article 46 of the provincial ordinance reads as follows: “The cable cars in the ski areas can be used by professional and non-professional athletes. The aforementioned plants they are open to amateur skiers, subject to the adoption of specific guidelines by the Conference of Autonomous Regions and Provinces or, pending their adoption, in accordance with the provincial guidelines, taking care to avoid any form of gathering ”. On the other hand, in the DPCM valid at national level, it is written that “the ski lifts in the ski areas are closed”, which can be used “only” by athletes of national interest, professional and non-professional, although the possibility remains open to open elevators “to skiers. amateur” if the Conference of the Regions adopts “specific guidelines” validated by the Scientific Technical Committee. Currently in South Tyrol the two districts of Solda and Val Senales are open. According to Anef (national association of cable car operators), if cable cars are closed, “hotels will close as well and the economy of these countries will stop”, adding that “cable cars and chair lifts are not a problem because they are outdoors ”. As the association explains, “the second wave of infections certainly cannot be attributed to ski centers because they were still closed: skiing is an outdoor sport and cannot be treated in the same way as gyms and swimming pools”.