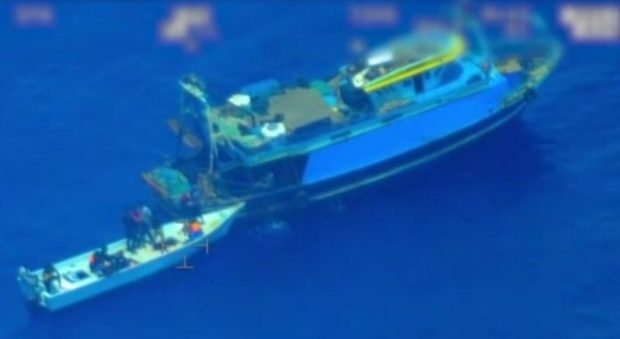 Eighty-one migrants landed in Lampedusa with a trick. A plane yesterday, documented, about 100 kilometers south of the island of Lampedusa, the transfer of a group of migrants from a motorcycle in a smaller boat. After the transfer, the mother ship moved to Libya. The Palermo Naval Operations Department continued to keep the two vessels under control, while the Guardia di Finanza Rapid Guard Patrol 4 PVD monitored the trawler moving to Libya, the Guardia di Finanza V.808 and the patrol boat CP312 Port Authority saved the boat loaded with migrants.

Migrants, 100 landed in Lampedusa in the last hours

When the small boat entered Italian waters, the soldiers embarked with seven crew members, six Egyptians and one Tunisian, and 81 refugees, including 75 men, 3 women and 3 minors, of supposedly Libyan, Tunisian and Algerian nationality. , Moroccan and Bengali. The crew members were detained for assisting in illegal immigration. Once in the port, the migrants were transferred to the hot spot of Lampedusa. The navigation of the Libyan fishing boat meanwhile reached and seized is still underway. He will arrive in Licata tomorrow.