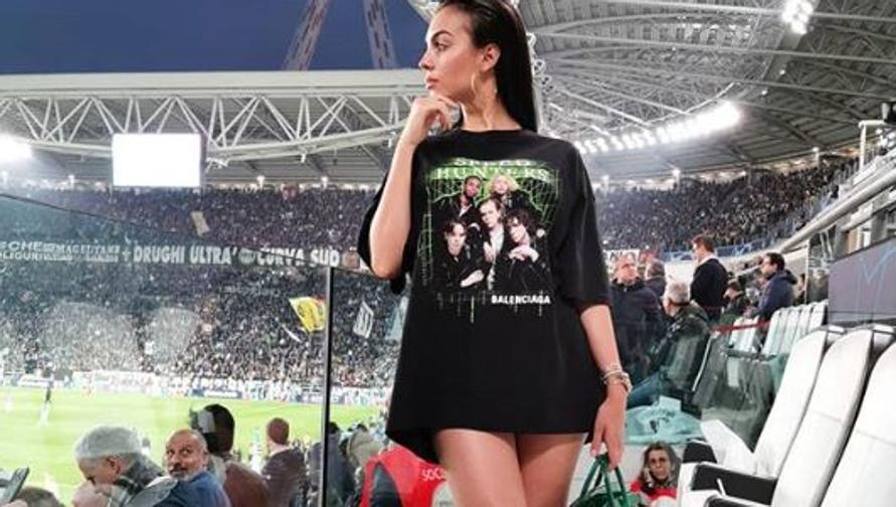 Nothing to declare. Or at least little. The generally lively social media of Juventus players are silent after the defeat at the hands of Ajax at the Stadium costing the Bianconeri the elimination of the Champions League in the quarterfinals.

cr7 is silent, georgina parades –
It all starts with Cristiano Ronaldo. The champion of Juventus's sole network on the night of elimination has not posted since before the match, when he posted a smiling photo with Cancelo and Pjanic in training clothes. Who instead "posted" his girlfriend, Georgina, during the match, who shows up in a breathtaking mini-dress on the stadium bleachers, causing a spectator to turn his head back.

bonucci and the honor of the arms –
Who stops by bitter observation of the facts Leonardo Bonucci, who – in support of the classic photo of the eleven Bianconeri before the challenge – publishes the result of the defeat.

it's called marchisio –
If the last sign of goalkeeper Szczesny a photo to take the word "We are ready", we are ready, even more mocking the last photo of Paulo Dybala. La Joya portrayed on the train, 4 days ago, to Ferrara with the inscription: "In search of another cup". Too bad that with Spal 2-1 remedied the scudetto party fell again. Federico Bernardeschi, in the stories, trusts Claudio Marchisio, republishing what was first posted in Russia that – because of its proximity to the Bianconeri – writes: "When a dream is destroyed you must have the strength to collect each piece and rebuild it That's what big teams must do, it's Juventus, trusting those who know it well. "