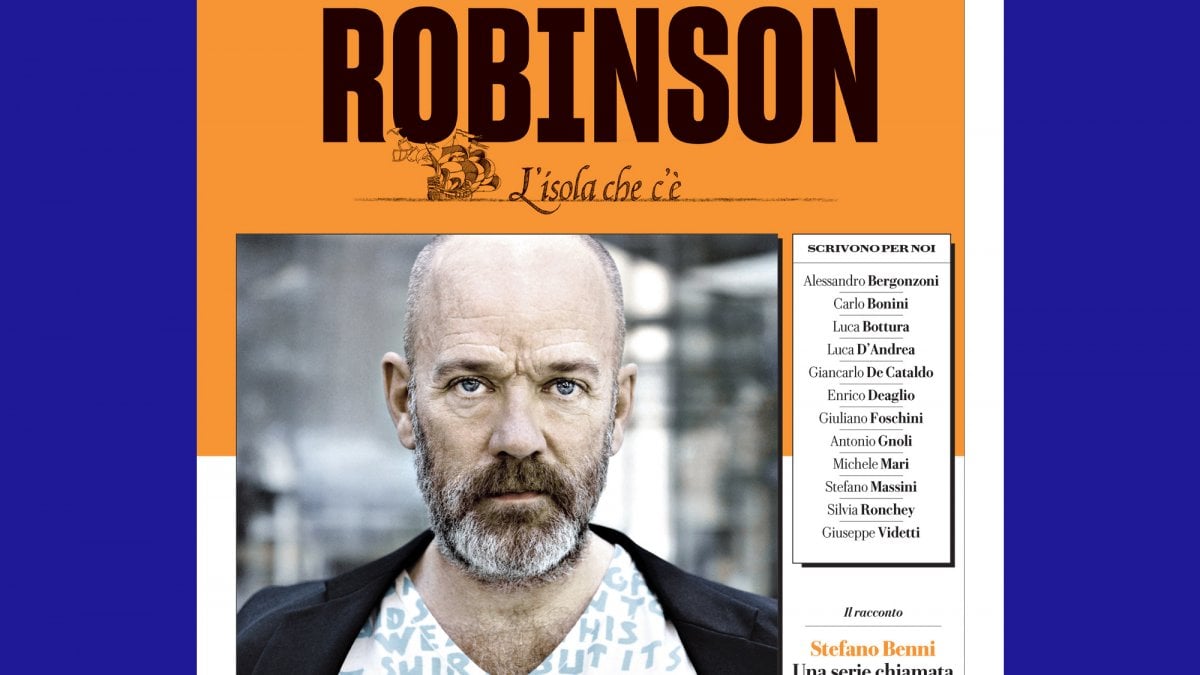 This week in Robinson, our cultural insertion, the former singer of R.E.M., Michael Stipe, tells in a long exclusive interview how he returned to compose music. "18 songs are already ready," he told Dario Pappalardo. After eight years of silence, the leader of the American band from Athens, who split in 2011, "is the boy of Losing my Religion".

Stipe, therefore, also remembers his past: from the earliest years with the band to key dates, such as with Andy Warhol, and lost traveling companions such as Kurt Cobain. He also talks about his photography book, arriving in July with Damiani: Our Interference Times: A Visual Record (with Douglas Coupland).

Michael Stipe: I found my religion

And then the friendship with Patti Smith, the regrets, hopes, and abyss of depression to be overcome by "stepping back." You will find all this – and not only – about the new edition of Robinsonon today's newsstands with republic and D at 2.50 euros and can be purchased from Sunday throughout the week at 50 cents.

READ IN ROBINSON AND REP:

Michael Stipe: "I Found My Religion"

The daily analysis can be found at the representative: editorials, reviews, interviews and reports.
The selection of the best articles of the Repubblica for reading and listening.