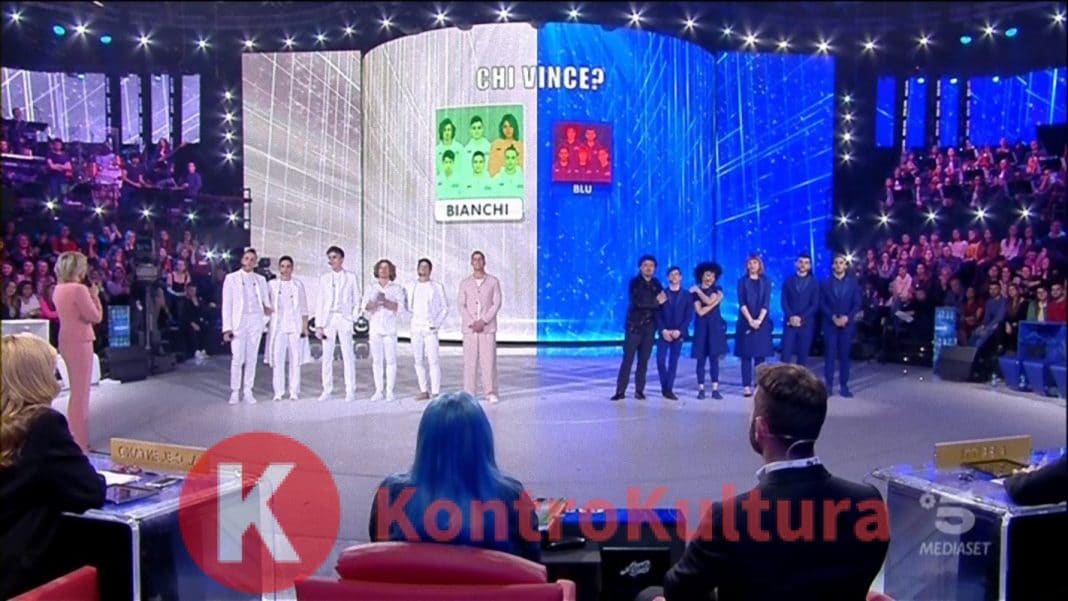 Second appointment of the talent show of Maria De Filippi

The second episode of the night of Friends 18 opened with the entrance in the workshop of Maria De Filippi who presented the students of both teams. Immediately afterwards he realized the usual interview with obligation and truth for the two artistic directors: Ricky Martin and Vittorio Grigolo. Let's see all the races and the elimination of the bet. (Continue after photo)

The first test of the first game began. Umberto dei Bianchi danced to the sound of a superhit by Martin while Alberto duet with guest, who is Al Bano Carrisi. The race won by the tenor of Blu.

Giordana and does not end the sky? by Mia Martini tried to hit Vincenzo like Billy Elliot. The white singer triumphed. Third test of Blu implanted Alberto with an unpublished version of The Power of Love. RafaelInstead, he brought to the stage a painting inspired by an interview with the vampire. Mameli and Valentina they cheer the fourth test judged by the teachers.

Bianchi's singer and songwriter experimented with Gaber's Right, receiving a critique of Bertè. The Blu dancer, instead, danced in Straight's notes for number one. Proof canceled due to equal votes. Tish and GiordanaAfter fierce criticism last week, they challenged each other in "Chandelier" and "The End". After the surprise to Mameli of the father, the team Blu was awarded with the first race. Ricky Martin bet on Giordana. After the various nominations provisionally, Ludovica left. (Continue after photo)

In the second race, Alessandro Borghi is the special judge. Mameli she sang "Piccola Katy". Vincenzo replied with "The old ones" of Claudio Baglioni. Race overdue by the Blue team After the test of interpretation for Ricky Martin and Vittorio Grigolo, began with the second race with Tish's test with the artistic director and the step for two of Umberto and Rafael with the extraordinary participation of violinist Charlie Siem.

The whites win. For the third test, the white team has a duet with Goal Ermal. Blu, on the other hand, has played with Fabrizio Moro. Surprise for Valentina of his mother. Try Tim: Boss performance in the notes of "For an hour of love" against a choral step of Umberto. The teachers decided to assign the point to the blue singer. won by whites. Grigolo bets on Jefeo.

Then there was the entrance of the comedians of Apulia Pio and Amedeo. The white names, after approval by the teachers, are Valentina and Tish. Giordana and Rafael supported Ludovica during the rescue. Valentina and Alberto while Tish. After the latter's performances and Ludovica leaving Amici 18, she was the White team singer.