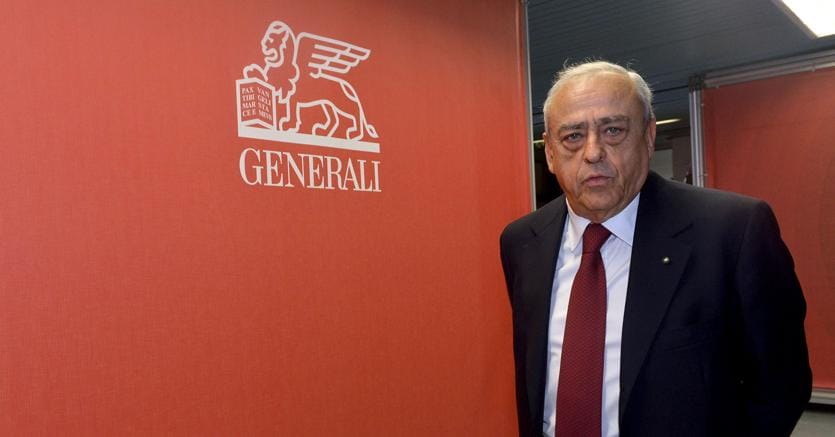 A full endorsement for Generali, which currently holds a 5 percent stake. To confirm that the choice of
betting on the insurance giant so far has not disappointed his expectations. "We are totally satisfied with the management
and the title that is as good as the stock exchange. The company is well behaved and I am very satisfied. So yesterday, on the sidelines of the assembly
of the Caltagirone group, to approve the 2018 financial statements and to resolve on a coupon of € 0.07 (+ 16%
2017), the number one Francesco Gaetano Caltagirone did not withdraw from the reporters who requested an evaluation of the
performance of the Lion of Trieste.

In one respect, however, the businessman wanted to express his disappointment when he was asked to
list, presented by Mediobanca, the first shareholder of Generali, for the renewal of the council in view of the May 7 meeting.
"The council that was almost totally reformulated worked well – it's the reasoning – but it's the expression of Generali's world
Three years ago. In the meantime, something has changed with a new shareholder and it is a pity that he is not represented, perhaps
also unjust ". Caltagirone did not mention a name, but the reference to Benetton's Holding Company, which recently,
brought its share of around 4% in the capital of large insurers.

The latter also received yesterday the approval of another shareholder, the group De Agostini, through the mouth of Lorenzo Pellicioli.
who is also on the board of the Lion of Trieste. "Generali's strategic plan is excellent. It is lucid, clear and
flights pindarici, but made with great competence in the insurance world, which is the work of Generali, "said the top
manager on the sidelines of the Dea Capital meeting, of which he is president. "The plan is absolutely positive. I give a speech of
personal experience, I have been on Generali's board for 12 years and certainly this is the plan I have
method and merit. And it seems to me that opinion is shared by the market because since the title was presented, it has been
moved well. "

As for the group's participation in Generali – where yesterday the new CEO of Generali Insurance Asset Management was appointed,
Francesco Martorana -, Pellicioli clarified "that it is still around 1.7% and no change is
one direction or another. "Just as there is no chance of a union agreement among Italian shareholders." Certainly
we never think about it, "said the CEO of De Agostini, while on the new board's list," it seems to me that the
the shareholders followed the board's instructions on continuity, "he added. I was also in favor of this
choice. "

Returning instead to the assembly of Caltagirone spa, the number one Caltagirone then focused on the construction crisis
and construction in Italy, answering some questions from the press at the end of the meeting. "Italy," he explained,
with ever more restrictive and punitive legislation to put a sector on its knees. "To that extent, he added," if today
the sector would begin again, with few Italian companies able to participate in tenders, since they are the main
companies in the sector are in crisis ». Then look at the other properties, starting with Acea. «It's very good and I believe
that the entry of natural persons has been fundamental to change certain uses of some public companies, "said the businessman
Romano, a minority partner in the Capitoline utility, to come up with a clear proposal. "Because they do not even privatize themselves
the other municipal enterprises instead of suffering the losses? A timely observation, since the analysis was also timely
of the accounts approved by the shareholders yesterday. "They are comforting numbers," he explained, responding to shareholder comments
on the dividend, he finally recalled the coupon increase this year and that, as documented in a report by Mediobanca, "
1938 we are among the four Italian companies that have always distributed it '.