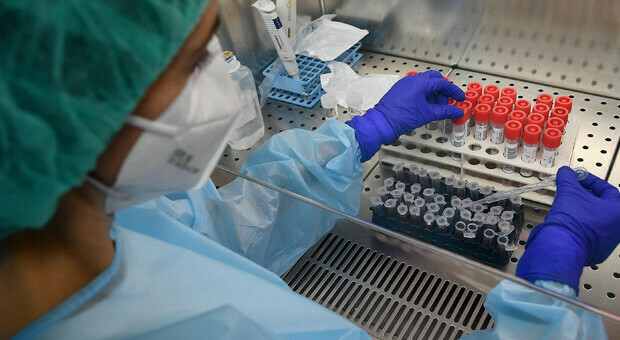 To avoid contagion of the Sars The 2 Precautionary measures are a priority. Often, however, good help can also be given by the combination of factors that we carry with us since birth. After months of observing clinical cases and laboratory tests, scientists are finally discovering not only the mechanisms that give life to the infection, but also the puzzle linked to the viral load, which sometimes, although elevated, leaves the body free.

As Massimo Andreoni, clinical director of infectious diseases at the Policlínica Tor Vergata in Rome and scientific director of Simit (Italian Society of Infectious and Tropical Diseases), explains, everything depends on the host. “There are people who eliminate many viruses and others who eliminate a little. On average, patients, that is, symptomatic ones, eliminate more viruses than asymptomatic ones ”. And therefore, in general, they are more contagious. In reality, in the contagion puzzle, we must consider several variables. “If it is true that on average the most dangerous is a symptomatic subject, compared to an asymptomatic one, this is not an absolute rule. There are exceptions, as in the case of super spreaders, that is, super eliminators, which are asymptomatic ”.

Always in general, the risk of contracting the disease depends on viral charge. “The more a person receives, on average, the more likely they are to become symptomatic.” But the correlation between load and symptoms is not so obvious. “A person with a high viral load – specifies Andreoni – on average tends to be more severe, to have more symptoms” But it is not an absolute rule, “so much so that there are also cases with low viral load but with symptoms. But also the opposite ”. There is no doubt, however, that the more Sars Cov 2 enters the body, the greater the risk of the virus being harmful. “Certainly the infectious load is important because, with equal immunological conditions, those who receive a high viral load will have a greater chance of having a virus that replicates a lot”. Crowded enclosed spaces are indeed the most risky. “There, viral load tends to be higher precisely because it is concentrated, while outside the home it is dispersed in the air”.

But it is not just a matter of quantity. The real game is played by the immune system. The severity of Covid “It depends not only on the amount of the virus that enters the organism and then gives the viral load, but also on how much that organism allows the virus to replicate”. Because then the mechanism does not change: “the more that virus replicates, the more that person will form a lot of viral load”. The little ones demonstrate that the immune system is a valid ally. In fact, “in addition to having a smaller amount of Ace2 receptor, the gateway for the virus to enter the cell”, “they have an innate immunity that generally protects against all diseases even if it is not specific”.

Therefore, what makes the difference in possible damage to those infected is certainly not Sars Cov 2, which in any case has not changed anything, but the conditions of those who are hosting it. “A person with immunodeficiencies or with many weaknesses – comments Andreoni – despite having a low viral load, can be symptomatic. On the other hand, the young man who is doing well, despite having a high viral load, has no manifestations. The game is always played with two elements on the field: the amount of viruses that hit you and what your state is at the moment ”.

But, to complicate things, or even to improve them, factors that are not related to the age or the initial conditions of the host may intervene. In fact, points out Andreoni, “there are people more likely to be infected and fewer people, just as there may be people who, once infected, are more likely to develop the disease and others are not.” And the answer to the puzzle this time must be found in everyone’s genetic background. “Genetic variability, including the blood group – highlights Andreoni – plays an important role in what may be the probability of developing a disease or not. But we always remember that in medicine there is nothing absolute ”.