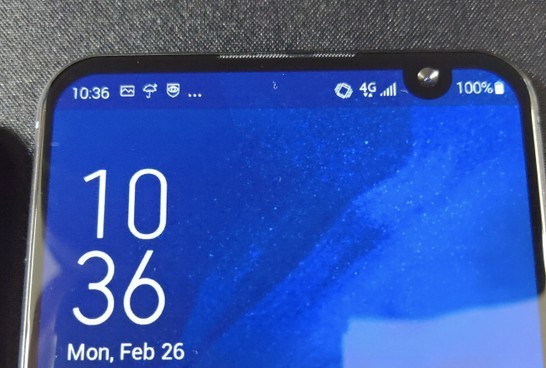 Asus Zenfone 5Z was one of the first smartphones to adopt the concept Notch after the iPhone X. Now, after several months, Asus is coming back to the market with its new Zenfone 6. Thanks to the colleagues of the HDblog comes a series of images and a video that show us the new smartphone with a decentralized step on the right side and a double camera in the back.

Zenfone 6 with a completely new design where one of the major changes that the prototype shows is the decentralized notch on a large enough screen. For now, there is not much information on the hardware and software specifications of the phone, but let's see how Asus made that decision to leave aside the notch.

The video of the prototype, reported at the end of the article, reveals the double camera in the back. Currently, dual cameras have become a standard for smartphones and we have companies like Huawei, Samsung, LG and others who plan to put more than two cameras in the back. The question is whether Asus will make changes to the cameras in a forthcoming prototype and will stick to this dual-camera approach. In the video, you do not see a dedicated fingerprint sensor on the back underneath the lens, so there's a good chance that Asus has thought, like others, to put it below the screen.

As for the front camera, as I said decentralized along with the notch, we wondered if it could have problems Face unlock, if this has a steady and smooth operation or has recognition problems due to centralization. Other features visible are the Type-C USB port on the bottom, a 3.5mm audio jack and background speakers.

According to the leaks and the general schedule followed by Asus for the launch of a new Zenfone is scheduled for the event MWC 2019 in Barcelona. For this Zenfone 6 there are still some doubts and maybe things improve with other prototypes, curious also on the date marked on the screen that shows the day of February 26. For now let's talk about a smartphone that does not excite us. What do you think?