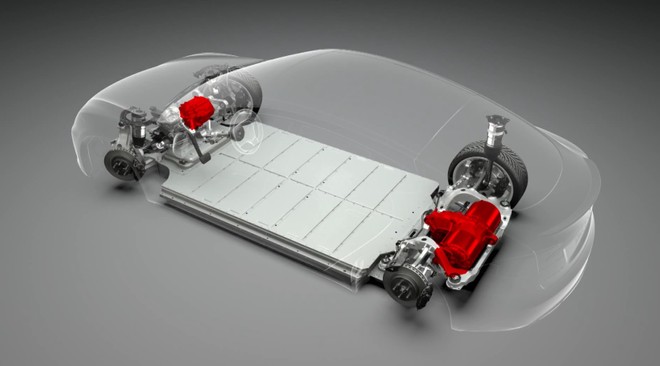 Apple is buying at Tesla. Again. After hiring former Tesla Designer (with a past at Microsoft) Andrew Kim (not forgetting former chief engineer Doug Field) in Cupertino, they decided to go back and knock on the door of Elon Musk: this time to finish in Cupertino is Michael Schwekutsch, which in Palo Alto played the role of Vice-President of the Engineering Department with specialization in electric motors.

A key man highly coveted in the automotive industry, with a respectable curriculum built around a 20-year career in the service of electrification: among the most famous projects that carry his signature are the electric and hybrid engines BMW i8, Porsche 918 Spyder, Fiat 500e and Volvo XC90, without forgetting clients like BorgWarner and GKN Driveline (outsourced suppliers).

At Tesla, Schwekutsch arrived in 2015: its responsibility for the design, engineering and production of electric motors for the future models of the brand (the new generation Tesla Roadster and the semi-electric truck) in Fremont's Californian factory.

According to reports Electrek – the site dedicated to electric vehicles very close to Tesla – a few days ago Michael Schwekutsch would have participated inApple Special Projects Group, which according to rumors also includes the mysterious Project Titan.

The arrival of a specialist in electric motors can only make one think of a new change course within the Titan Project, was born initially with the idea of ​​designing an electric vehicle with autonomous driving and then reduced (with unofficial declarations) to a simpler autonomous driving system to be applied to existing vehicles. Still according to Electrek, Tesla's "catwalk" for Apple does not end here: in fact, there would be several Palo Alto employees ready to clean their desk (some after dismissal, others of their own free will) to move to the offices. Bitten apple. A script already seen, to the point that already in 2015 Elon Musk stated:

They hired people we fired. For us, Apple is, jokingly, "the Tesla Cemetery".