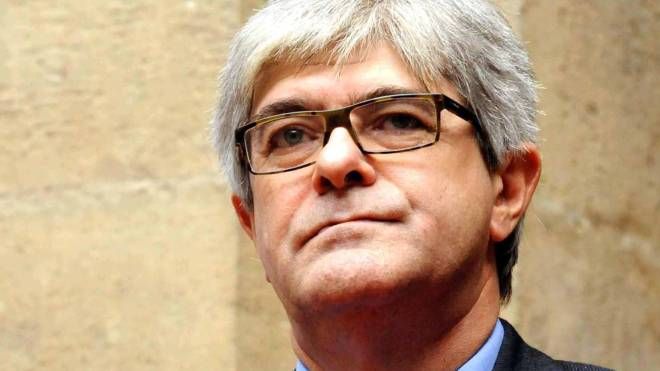 Bologna, May 1, 2019 – Coop Alliance 3.0 approved the financial statements for 2018, which are closed with for 4.8 billion euros, substantially stable over 2017, and a loss of 289 million euros. The cooperative – founded three years ago by the merger of Coop Adriatica, Coop Estense and Coop Consumatori Nordest – has just launched a relaunch plan that will focus on the heart & # 39; of its main business, therefore in the sale of food: according to forecasts, will already bring in this year the Group's positive operating margin, recovering more than 150 million euros in 2022 compared with today, while revenue will reach 5.3 billion euros. Coop, a major retailer, is chaired by Adriano Turrini and has 459 points of sale in 12 regions, around 2 million and 340 thousand associates and just over 23 thousand employees.

President Adriano Turrini, as he judges the budget data: the "red" is robust.

"They are the result of the strong recovery plan we are seeking. To free resources, we implemented a number of non-recurring interventions, aiming at future results: provisions and rebates of real estate, financial and credit, which weighed 185 million euros. "

You came down heavy.

"We had to move like this because the car should start again, immediately and relieved of weights that could represent a limit or a brake at a true turning point. Already last year we had positive signs, with the results of typical management, the stores, which improved by 20 million in 2017, remaining negative. In 2018, sales, as in the Easter period, kept costs and margins. "

Among the members there is concern about the accounts: they look carefully at their work.

"The confidence they place in us is very important: their judgment comes first. The attention to them is maximum, not surprisingly, the recovery plan has no effect on the safety of the social loan, amounting to 3.6 We have assets of more than 2 billion and liquidity that can reassure not only shareholders but also all our suppliers. "

How are you going to start running again?

"The process is already underway, we have not been hampered in recent months to entrust Paolo Alemagna with a precise mission: to re-launch the stores. The first positive signs are already there."

So, a chicken coop that only sells food? Have you interrupted some assets such as gas stations: will you do the same with pharmacies, televisions and grocery stores in crisis?

"Not everything is on the market: we are a cooperative and we want to continue to offer goods and services to members at advantageous prices. Yes, the sale of pharmacy concessions is in the final phase, but we do not expect to leave, for example, the tourism business, bookstore, electricity or e-commerce. "

"Let's abandon non-strategic assets like real estate. Also in solidarity with other cooperatives, in the years of the crisis we bought apartments, warehouses, offices: we will sell them, but without selling them ».

"In the plan are planned closures, or franchising operations or rental of points of sale, but also openings. The turnover of the hypermarkets is decreasing and, in some cases, we will reduce the space with focus on the feeding, favoring small areas in the centers of the cities ".

It will not be enough to change the furniture or remove the shelves to increase sales.

"From 2016 to 2018, we invested 600 million to restructure different points of sale, focusing on stores where shopping was pleasant." One mistake: market and customer demand A good supermarket is good, but if you do not find what you are looking for, you will be disoriented. "

And you're not going to …

"We have to start from our heart, food sales. The members must tell us what they want and we must offer quality products with a focus on prices. Let's push, for example, the products of our brand, which in the main line should have the quality of market leaders at prices on average 30% lower. We must return to being leaders, with our own identity based on respect for customers and producers, without conforming to the mass of supply that is now. "

Coop Alleanza was born of the merger of three cooperatives. Now, disregard the difficulties of this union. It was a mistake?

No, I would do it all over again. Unification was necessary and indispensable for improving the market. It was quickly completed and we probably underestimated the impact of "marriage," with the management of complex structures that, in total, controlled more than one hundred different companies, distracting us from our core activities. The rationalization of offices, economies of scale and cost reduction is necessary and will be implemented. "

In fact, you're also managing 700 redundancies.

"Here, but here we act as a cooperative, attentive to our workers, without layoffs and finding an agreement with the unions to relocate them or encourage them to retire. For more than 300 we have already found a solution and so it will be for others ».