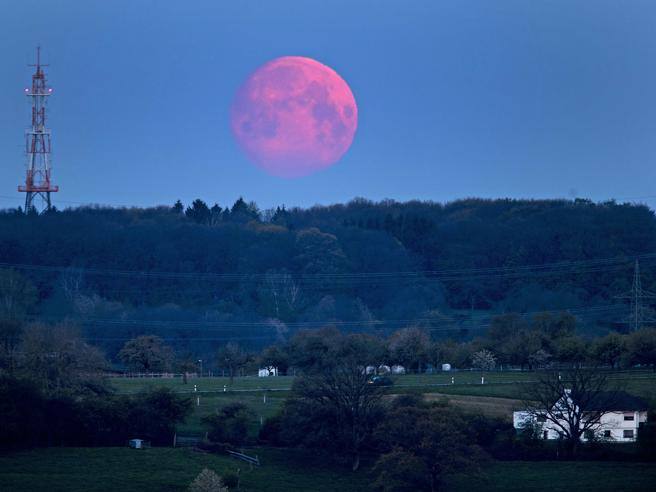 From this evening, even in Italy, you can admire the pink moon. But be careful: the full moon is thus defined not because the moon appears in the sky in that color, but because according to the Native American tradition its appearance was linked to the flowering of a wild plant that with its petals tinged the landscape of rose.

The Earth's satellite reached the phase of full moon on Friday around 13h12, but from Italy can be seen from 20h. The lunar disk is very visible, because only three days have passed since the perigee, or from the when the Moon reached its minimum distance from Earth.

The celestial spectacle will continue even on Easter Monday: in the second part of the night between 22 and 23 April, as Italian amateur astronomers (Uai) remember, it will be possible to admire the conjunction between the Moon and Jupiter in the constellation of Ophiuchus . not far from the Star Antares of the Scorpion.