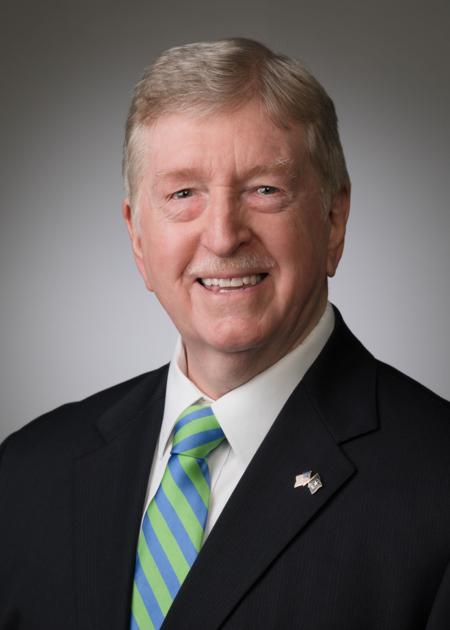 Fizer is a veteran of the Vietnam era and founder of Roanoke Hosting. He resides in Roanoke County.

"The late death of Senator John McCain made me think of Gregory Thompson's Aug. 18 letter to the editor," Where Does the Christian-Jew Come From? "John McCain understood the meaning, intent, and context of" Jewish-Christian "principles upon which the United States relied. McCain fiercely defended the Constitution. He loved Israel and traveled frequently with Joe Lieberman, a Jew and Democrat, to the ancient city of Jerusalem. McCain understood the special place of the Jewish people in past, present, and future history as reported in the Bible.

It is believed that the term "Jewish-Christian" was first used by Alexander M Caul in a letter dated October 17, 1821, followed in 1829 by Joseph Wolff who, writing in a missionary journal, used these words as related Jews converting to Christianity. However, the context in which it is used today began in the 1960s to combat individuals and tribunals who began to misinterpret and disregard "Judeo-Christian" principles related to our founding documents.

The Christian Old Testament is the Jewish Tanakh (Hebrew Bible). Written in Hebrew and Aramaic, both texts are the same in context and intention. They fuse together as Judeo-Christian beliefs. One may choose not to believe in the historical events, places, and people of the Bible. However, the Bible is historically true or not. Archaeologists have found the Dead Sea Scrolls and other writings and artifacts – or not. Many historians of the time, most notably Josephus, either recorded true events, separate from the biblical accounts, or not. However, an out-of-context opinion with writers does not change the facts. Putting your head in the sand is as effective as "stopping a watch to save time". (Henry Ford)

Christianity began in Jerusalem from Judaism. The Greek word (Christianos) means "follower of Christ". The early Christians were Jews. Jesus was Jewish, born and raised as a Jew, attended and taught in the synagogue, practiced Jewish customs. The 12 apostles of Jesus were Jews. He interpreted the meaning of the Old Testament prophecies of which the Jews were familiar. Although Jewish leaders at the time did not agree with Jesus' interpretations, it is clear that the Jewish people of Israel began Christianity for Jews and Gentiles, spreading them throughout the world (Gentiles – all people who can not trace their ancestors). to Abraham, Isaac, or Jacob).

All writings or events, old or current, must be understood in the original context and purpose of the writer at the time of writing. Otherwise we will always come to the wrong conclusions. The purpose and the reason for our foundation, from the early settlers of Jamestown and Plymouth Rock to the writers / signers of the Declaration of Independence and Constitution, were based on Christianity. How do we know? Because they said it in thousands of volumes of written material, including the Congressional Record, which records all Congressional proceedings and is available for everyone to read. (The services of the Christian church were authorized by Congress and held in the United States Capitol for 50 years.)

In his letter to the editor, Gregory Thompson seemed to refer to Christians "whose followers had persecuted the Jews in the last two thousand years. . To be clear, many have persecuted the Jews for centuries, but it was not and is not true for Christians who understand Israel's special place in God's eternal plan for mankind. I think McCain would agree that it is vitally important to the national security of the United States that we defend and defend Israel and our Judeo-Christian principles against all enemies.

Our moral, family sense, justice, freedom of individuals against government harassment, as imbricated in all founding documents of the Magna Carta to the Mayflower Pact, Declaration of Independence and Constitution of the USA, are all based on Judeo-Christian principles since the first. century AD. Thus, the phrase "Judeo-Christian principles" is more appropriate to describe our origins ".