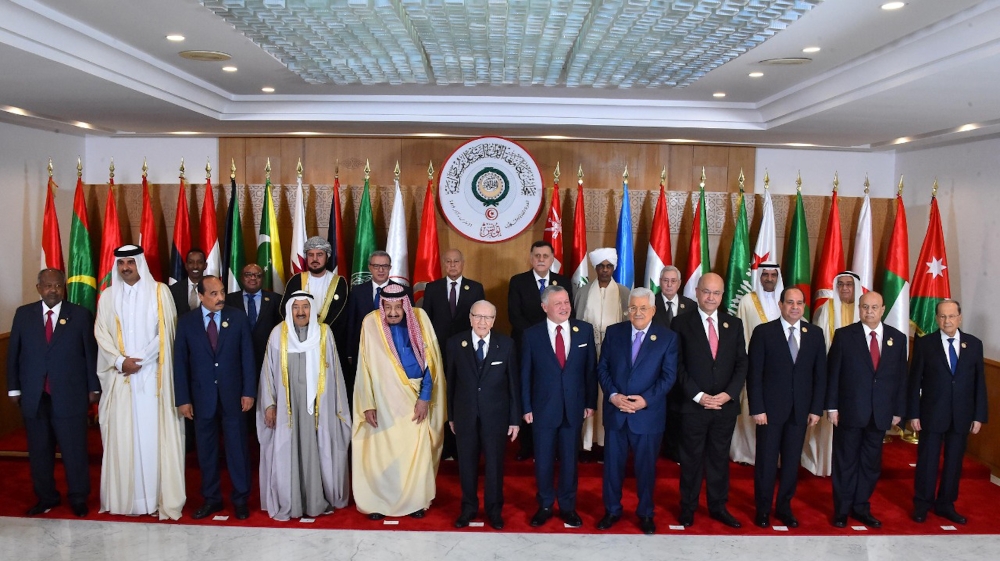 These are some of the issues that Arabs and non-Arabs ponder after every annual summit ends with empty clichés and little or no actionable consensus on any of the urgent challenges facing the Arab world.

Tunisia, like other host states, hoped that the Tunis summit would make its mark in history for something, anything. He expected to see at least some significant progress in the region's most intractable conflict. There were already some precedents.

The 1967 Khartoum Summit gave us all three: not recognition, not negotiations, not peace with Israel. The 1974 Rabat Summit designated the Palestine Liberation Organization (PLO) as the sole representative of the Palestinian people. And then the 2002 Beirut Summit adopted the Saudi initiative, offering recognition and normalization to Israel in return for the withdrawal of all occupied Arab territories.

But these results were exceptions in the aftermath of the wars. In Tunisia, the hopes of great results were replaced by hopes of the general public, and the attempt to breakthrough ended in failure.

Like most Arab summits, the 2019 summit in Tunis will go down as if it had not achieved anything important.

The summit of "solidarity and determination"

Tunisian President Mohammed Beji Caid Essebsi dubbed the "solidarity and determination" event – an appropriate description for a meeting of Arab leaders who demonstrated a lot of rhetorical solidarity and theoretical determination and little else.

The leaders have adopted a dozen and a half resolutions that must be forgotten tomorrow. They have not made consequential decisions on any urgent challenge facing the Arab world today; not the war in Syria, not the humanitarian disaster in Yemen, not the failed state of Libya, and certainly not in the conflict with Israel.

The bar was so low that Iraq was congratulated during the summit for simply establishing a government, and paralyzed Algeria was invited to help Libya, paralyzed by war, recover. The league also completely ignored the Gulf crisis at the request of Saudi Arabia.

As expected, the members rejected the proclamation of US President Donald Trump, who granted American legitimacy to the Israeli annexation of the Golan Heights. But judging by the total lack of results of his rejection prior to Trump's blessing of another Israeli annexation – that of Jerusalem – there will be little significant follow-up.

The Arab League called for the December 2017 announcement of the "dangerous and unacceptable transfer of the US embassy from Tel Aviv to Jerusalem" and a "blatant attack on a political solution" to the Israeli-Palestinian conflict, "and even called for its 2018 summit in Saudi Arabia, "The Jerusalem Summit" Big words, but nothing concrete has resulted from this, in addition to a non-binding resolution of the United Nations General Assembly that rejects the US movement.

Arab regimes violated their own 1980 decision to break relations with any state moving their embassy to Jerusalem. Any doubt that the league has any agency everything was laid to rest in the wake of the disaster in Jerusalem.

Predictably, the Arab League has become deaf to the calls of the Palestinians to fulfill their own repeated resolutions. After all, breaking relations is unthinkable for those who rely on Washington for their survival and legitimacy.

Worse, the Arab response in Jerusalem was so scarce that it encouraged Trump to grant wider legitimacy to the US in Israeli occupation and the annexation of Arab lands.

What about the pressure of immediate neighbors? Well, the Saudi and Egyptian leaders raised the specter of non-Israeli, non-Arab bogus, repeating their warnings against Iranian interference in Arab affairs, with its main man, Secretary-General Ahmad Abu Al Ghait, matching the role of Turkey in the Arab world with that of Iran.

Paradoxically, though, these two countries are also worsening the return of Iran's biggest Arab ally, Bashar al-Assad, to the Arab League.

A league of its own

In short, Arab leaders are happy to play a blame game, but they can not unite around a differentiated strategy to deal effectively with the various regional and international powers involved in the Arab world.

Likewise, they have failed to deal with intra-Arab challenges, with no less devastating consequences, especially when it comes to the daily lives of millions of ordinary people.

They may claim that they act in the name of national security or national interest, but are primarily motivated by their own undemocratic survival. In fact, these regimes save no life, no effort, no expense to solidify their power, including projecting their problems to their neighbors by instigating conflict and instability.

As pyromaniac firefighters, the leaders who pretend to extinguish the sectarian fire that surrounds the region are the ones that ignited their flames from the beginning.

To mystify their true intentions, Arab leaders claim simply to put the interest of their peoples ahead of those of the larger Arab world. But judging by history and the current state of affairs, all these attempts have ended in miserable failure to protect not only the pan-Arab interest, but also the specific interests of the countries of the Arab peoples.

The outbreak of Arab revolts in 2011 exposed this poor state of the Arab state. But Arab leaders generally preferred to double repression and corruption, and persisted in their zero-sum policies, domestically and regionally, which weakened Arab solidarity and determination.

All this raises the question: is it time for the league to weaken and die?

The short answer is no. The problem is not in the institution, but in the behavior of its members.

Interstate institutions are indispensable for the administration of our interdependent global system after centuries of colonialism, two world wars and generalized globalization.

Like the European Union, NATO, the BRICS or the United Nations, the success or failure of the Arab League depends above all on the commitment of its members to its status. Despite a violent past and diverse languages ​​and cultures, Europe has shown that the security and prosperity of the individual and collective state are intertwined.

There is nothing revolutionary or sexy about successful regional ventures. They require political stability, tedious and deliberate planning, and, above all, a belief in a common destiny and the courage to make compromises to achieve it.

The European Union is well aware of this, buthe Arab League is not. Instead of implementing their various economic, defense and cultural agreements, today's Arab regimes are undermining these collective projects of unity and prosperity as they accumulate dust on the shelves of the league headquarters in Cairo.

And this is just tragic.

As the Arab poet Khalil Gibran summed up: Pity the nation divided into fragments, each fragment being considered a nation.