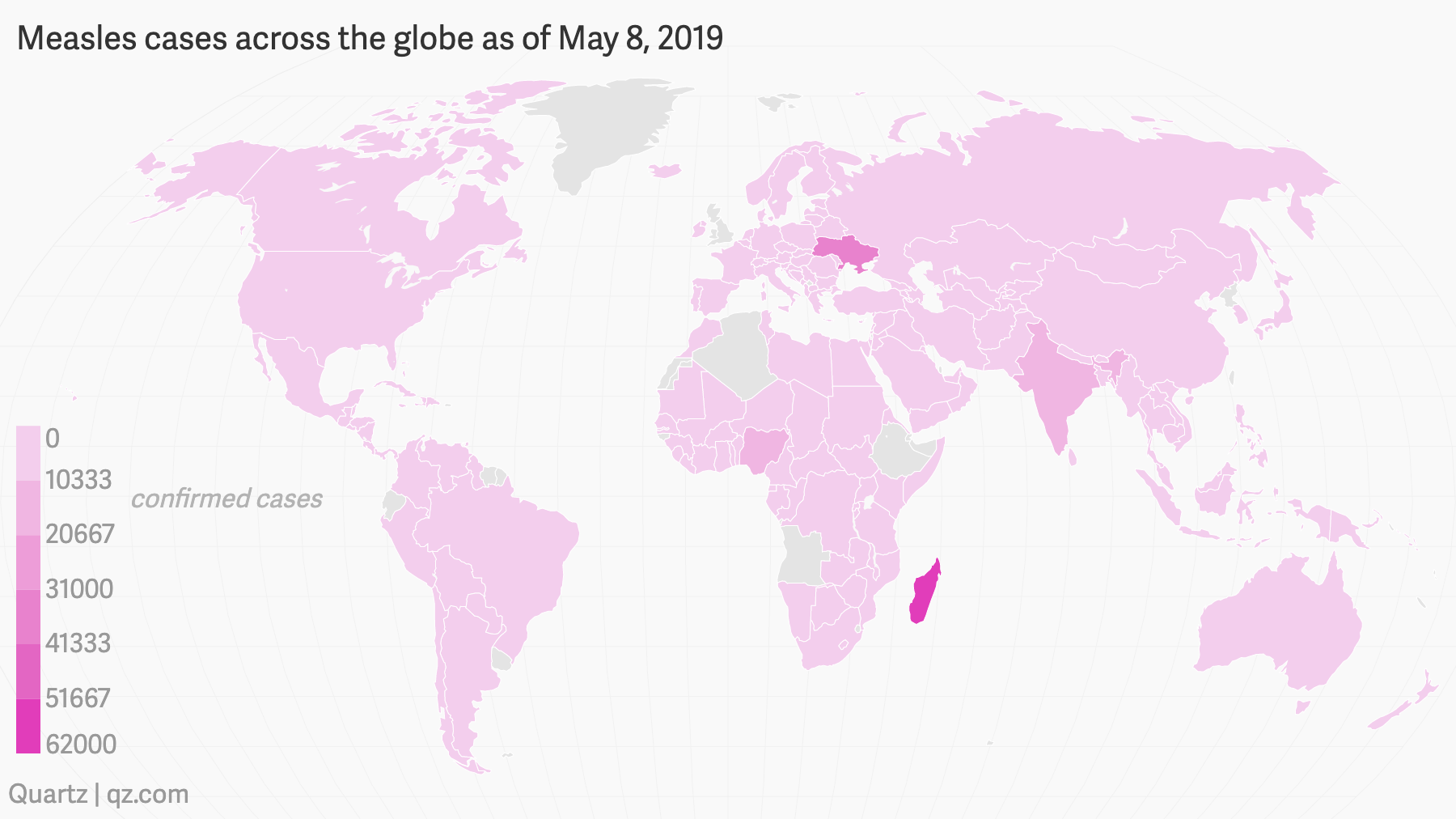 The World Health Organization (WHO) reports that there are more than 112,000 confirmed measles cases worldwide as of this month – a 300% increase from 28,124 cases last year.

The real number of people affected is certainly greater. The WHO only collects data on confirmed cases through laboratory tests or clinical visits. There are probably thousands of people who never seek medical attention.

The virus causes severe flu-like symptoms and an irregular eruption. There is no cure, and the best course of action is to try to treat the symptoms as they arise. Generally non-fatal in rich countries, it can cause permanent loss of vision. In poorer countries, the risks of dying are much higher.

Why this year's measles epidemic is bigger

There are two main factors. First, there has been a global trend of skeptical parents failing to vaccinate their children because of false concerns about their safety. Measles became widely preventable through two shots given during childhood. In 2000, the federal Centers for Disease Control (CDC) said the virus had been eliminated in the United States. However, there have been more than 700 cases registered in 22 states this year.

The WHO estimates that globally only about 85% of people received a first dose of vaccine and only 67% received the second to make it totally immune. To prevent widespread transmission of the virus, 95% of people need the vaccine. Measles is highly contagious, spread by direct contact with someone who has it. "The only reservoir for the measles virus is people," James Goodson, senior scientist at the CDC's measles, told NPR. The overall journey only increases the chances of the virus spreading further.

The only way to stop the current outbreak is to make sure more children are vaccinated, Goodson told NPR. The problem is that many countries can state the reasons why vaccination rates may be low – from lack of infrastructure to safely deliver vaccines, vaccine mistrust and public health in general, or disruptions caused by conflict.

The epidemic is worse in Madagascar, where precarious resources, limited medical care and malnutrition make the outbreak more widespread and deadly. There are 62,000 confirmed cases, and estimates suggest that there are actually two. Thousands of children died. Only about 58% of the country's 25.5 million people are vaccinated. The WHO says cases are finally falling after it launched a campaign last month to vaccinate the children.

The Philippines is also having a severe outbreak, with more than 33,000 cases. Like the US, the Philippine government has assumed that the virus has been eliminated. However, vaccine mistrust – probably triggered by a hurried campaign to promote a dengue vaccine that could have fatal side effects for some children – has led to measles vaccination rates plummeting. The dengue vaccine was approved by the US Food and Drug Administration and recommended to all children by the WHO, despite safety concerns. After hundreds of children died due to complications, the campaign was halted. But the number of Filipino parents who believe vaccines are critical to their children's health has dropped from about 80 percent to 20 percent.