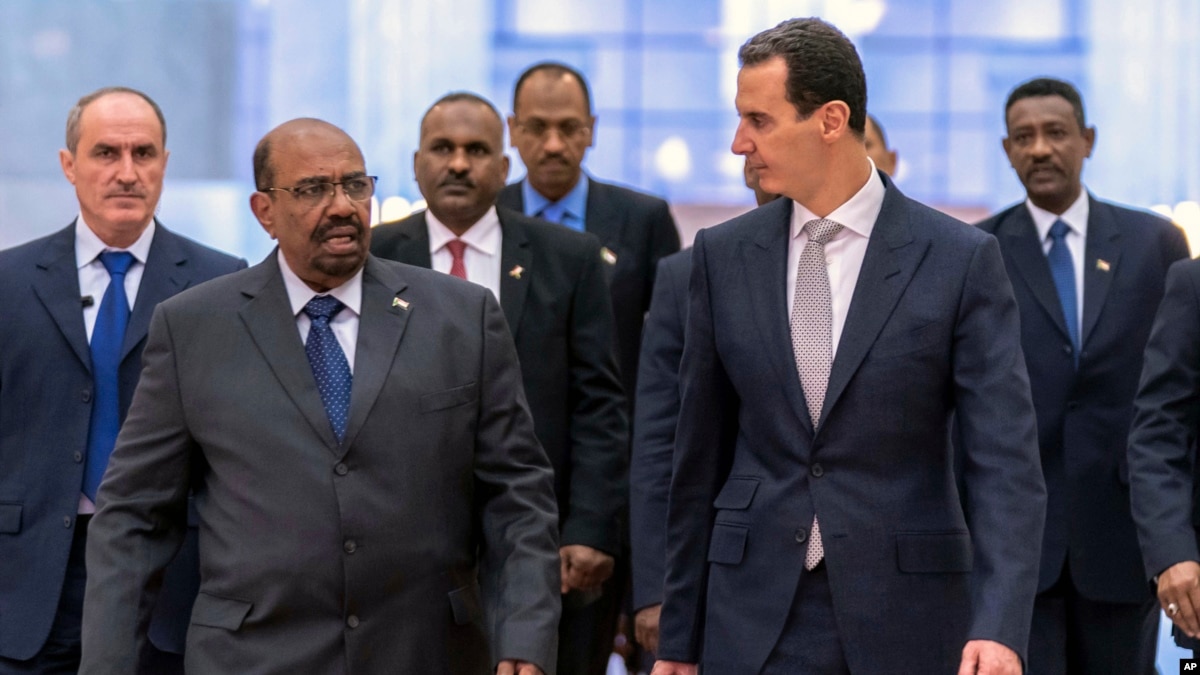 Omar al-Bashir, a Sudanese leader, traveled to Damascus on Sunday, surprising many observers. According to Arab media, the visit is part of a Russian strategy to rehabilitate Syrian President Bashar al-Assad and reintegrate his government into dominant Arab politics.

It was the first visit by an Arab head of state to the Syrian capital since the Assad government was expelled from the Arab League in 2011.

Saudi-owned Asharqalawsat The main purpose of the visit was to deliver a message that the main Arab nations are willing to allow Damascus to join the Arab League.

The fact that Bashir, wanted by the International Criminal Court, traveled to Syria aboard a Russian plane suggests some measure of Russian eagerness to rehabilitate both Bashir and Assad, who was ostracized by most Western leaders.

Khattar Abou Diab, a political scientist at the University of Paris, said the Sudanese president is flirting between the United States and Russia to see what he can get financially given the current economic difficulties in Sudan.

He told VOA that the irony of Bashir's visit to Damascus is that both Sudanese and Syrian presidents are suffering from economic hardship, but none of them have much to offer financial support to each other.

Abou Diab said that Bashir is an "opportunist, who has been allied with almost everyone, from Iran to Saudi Arabia, and to Turkey and Qatar, with whom he shares sympathies with the Muslim Brotherhood."

Professor of political science at the American University of Beirut, Hilal Khashan, said he believed the Saudis "urged Bashir, who received financial aid, to travel to Damascus to pave the way for Syria's reintegration into the Arab League."

"Remember when Mohammed bin Salman recently visited Buenos Aires for the G-20 summit? The only guy who welcomed him warmly was Putin," he told VOA. "So I think Putin persuaded Mohammed bin Salman to do something about Assad to reintegrate Syria into the Arab League."

Russia maintained support for the Assad government during the civil war in Syria. But Gulf analyst Theodore Karasik of Washington said that "Russia is leading the reconciliation process" between Syria and its Arab neighbors, with the help of Egypt and the United Arab Emirates.

Two years ago, Russia withdrew from the International Criminal Court, which it called "unilateral." Bashir is wanted by the court for alleged crimes against humanity in the Darfur region of Sudan.

He has challenged the court periodically by traveling to countries that refuse to arrest him.