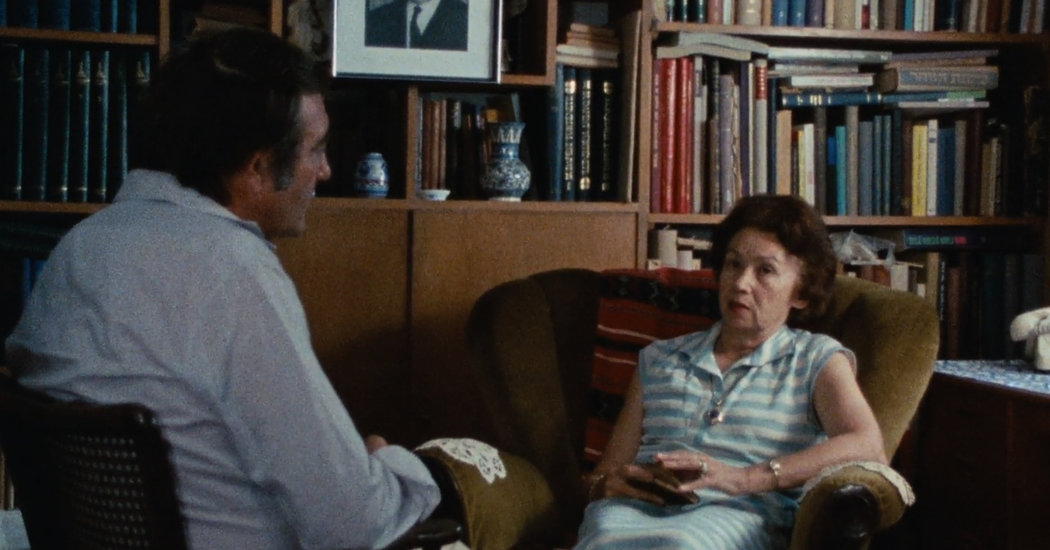 "Shoah: Four Sisters" – screened at the New York Film Festival last year before Lanzmann's death – consists of four short interviews taken from "Shoah" in the 1970s, each showing the testimony of a survivor other than the Holocaust. the stories are as harrowing, complicated, and filled with imponderables as any Lanzmann movie. And together, collected in a form that is much less labyrinthine than "Shoah", they represent an ideal introduction (and capstone) to the Lanzmann project.

[[[[Read our obituary of Claude Lanzmann.]

Although plots can be seen independently, they have cumulative power. Its confluence points – the deaths of family members, unlikely escapades, the difficulties of life in ghettos and camps – underscore the horror and, sometimes, the grim absurdity of surviving extermination.

In "The Oath of Hippocrates," Ruth Elias, born in Czechoslovakia, recalls a journey that took her from the Theresienstadt camp to Auschwitz – where, eight months pregnant, she barely slipped into the national team – to Hamburg and back to Auschwitz, where she returned . was greeted as a sensation. No one ever came back. She soon gave birth to Josef Mengele dictating what would happen to her and her baby.

Elias (one of the two women here who also appears in "Shoah") speaks repeatedly of luck and instinct, of choices that could have been to the other side. But for her, even life came with an indescribable price: her descriptions of birth and what followed were among the most disturbing in the anthology.

Chance also hovers over "Noah's Ark", in which Hanna Marton, often consulting her husband's diary since 1944, remembers being part of a convoy of Hungarian Jews saved by Rezso Kasztner. Kasztner negotiated with Adolf Eichmann to ensure the safe passage of nearly 1,700 Jews. After the war, he was branded a collaborator and criticized for not alerting others.

Lanzmann, always interested in how the survivors processed the moment they lived (and how much they knew of events elsewhere in Europe), pressured Marton on how she felt about being part of Kasztner's elite. Marton says her husband was a fatalist – he had survived serving in the Hungarian army, in which Jews were used as human mine detectors – and he accepted his lot. Marton herself is in conflict over knowing that not everyone would be saved, but emphasizes that she owes her life to what Kasztner did.

Special advantages also appear prominently in "Baluty", which, like the other segments, comes as a meditation on the survivor's guilt. Paula Biren, who is from Poland, shares memories of attending a special secondary school inside the Lodz ghetto and working for a police force of Jewish women, including one night she helped lead a street vendor for possible deportation.

Did she have a choice but to join the machinery of the ghetto? She has been struggling with it for years. But Biren shares Lanzmann's concern for the ethic of witnessing. (At one point, she refuses to answer a question, saying, "That's for other people to say.") And having once felt "very strongly Jewish and very strongly Polish," she suggests that she lost her identity, having meaning banished from Poland twice – first by the Germans and then by the Poles. She even forgot some Polish, her first language.

But thanks to this unforgettable movie quartet, it is not silent.