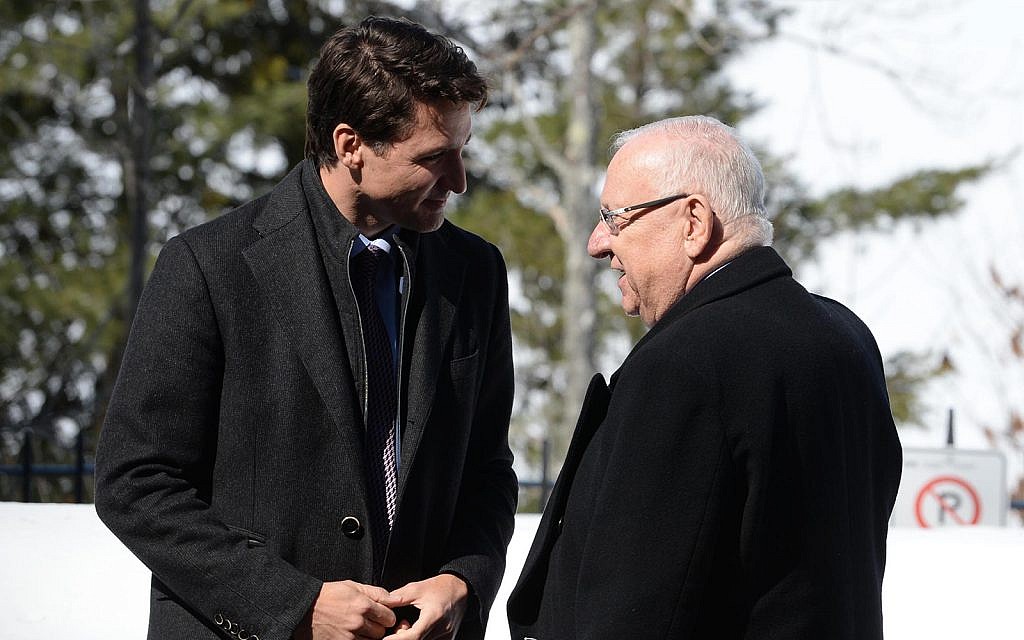 On Monday, President Reuven Rivlin met with Canadian Prime Minister Justin Trudeau in the capital Ottawa as part of a state visit to Canada.

Rivlin praised Trudeau for taking a stand against anti-Semitism and the Boycott, Disinvestment and Sanctions (BDS) movement, and Canada's support for Israel internationally, including the parliamentary movement to freeze relations with Iran.

The president spoke of Iran's regional influence in the Middle East and said: "The world can not allow Iran to" build "a Shi'ite axis in Iran, Syria, Lebanon and Yemen."

"The only way to stop Iran's plans is through concerted international pressure and targeted military action where necessary," Rivlin was quoted as saying by his cabinet. 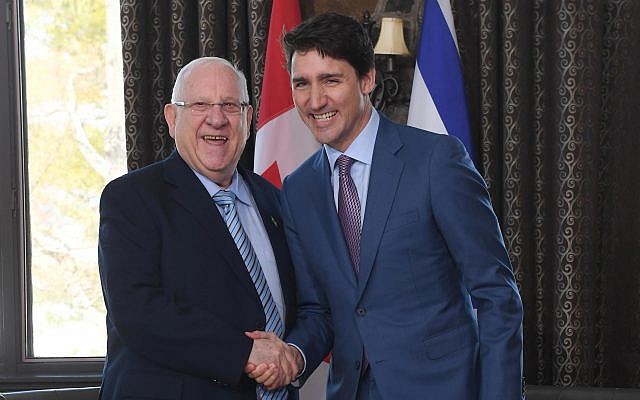 President Reuven Rivlin, on the left, with Prime Minister of Canada, Justin Trudeau, on the right, April 1, 2019. (Mark Neiman / GPO)

Later Monday, Trudeau and Rivlin were scheduled to visit the Ottawa Holocaust Memorial.

In January, Trudeau criticized the BDS movement as anti-Semitic and contrary to "Canadian values," and accused him of bullying Jewish students on college campuses.

Last November, Trudeau filed a formal apology on behalf of his country for his refusal to accept 907 Jewish refugees seeking asylum in Nazi Germany aboard the German transatlantic MS St. Louis in 1939. Canada has removed the ship and , with no safe haven, he returned to Europe, where more than 250 people died in the Holocaust.