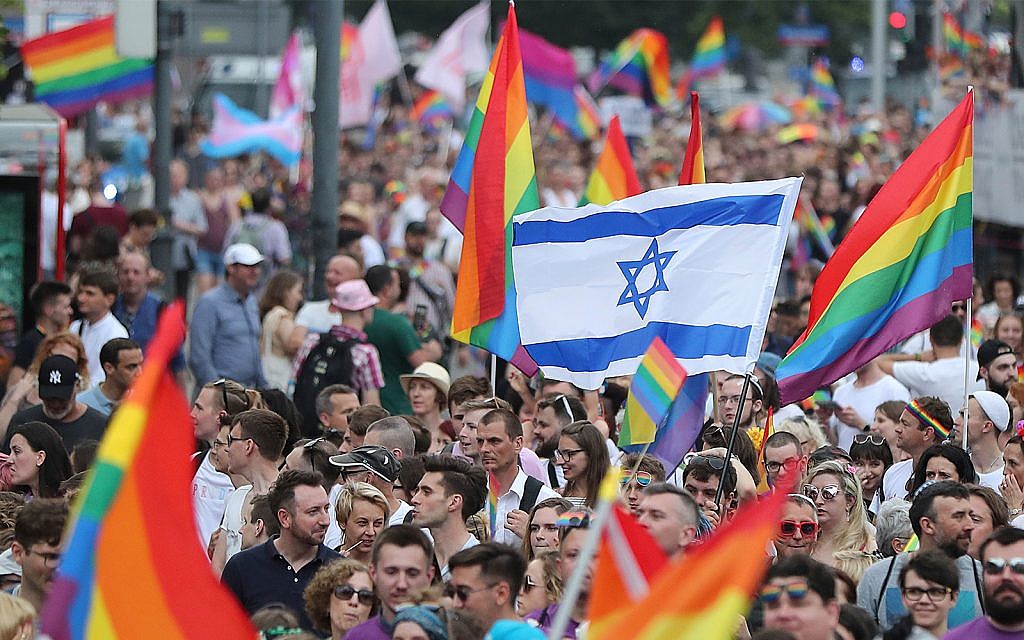 WARSAW, Poland (JTA) – The organized Jewish community participated for the first time in the Pride Parade in Warsaw.

About 100 members of the community participated in the parade in the streets of the capital, surrounded by 47,000 other participants.

The Jewish delegation was organized by Emil Jezowski, a member of the city's Jewish community. He said it is important for the community to support "the fight against the hatred that has spread over non-heteronormative people in Poland in recent months."

The right of homosexual couples to marriage and adoption was a topic of discussion in Poland before the recent European Parliament elections. The country's Law and Justice Party is against granting gay couples in Poland these rights.

The mayor of Warsaw, Rafal Trzaskowski, participated in this year's parade for the first time. Trzaskowski is associated with the opposition Platforma Obywatelska. 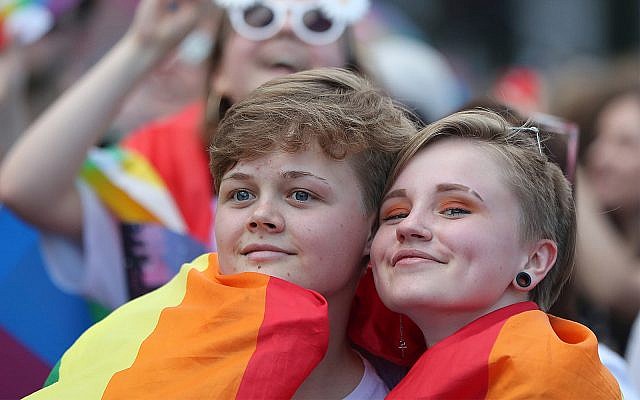 In the Jewish contingent of the parade, the flag of Israel, the flags of the Jewish Pride and a rainbow chuppa, or wedding crown, all appeared.

According to Jezowski, the parade was attended by people "of varying degrees of religious observance". There were also many sympathizers and friends of the LGBT Jewish community.

"I'm glad the response was so great and the atmosphere familiar," Jezowski told JTA.