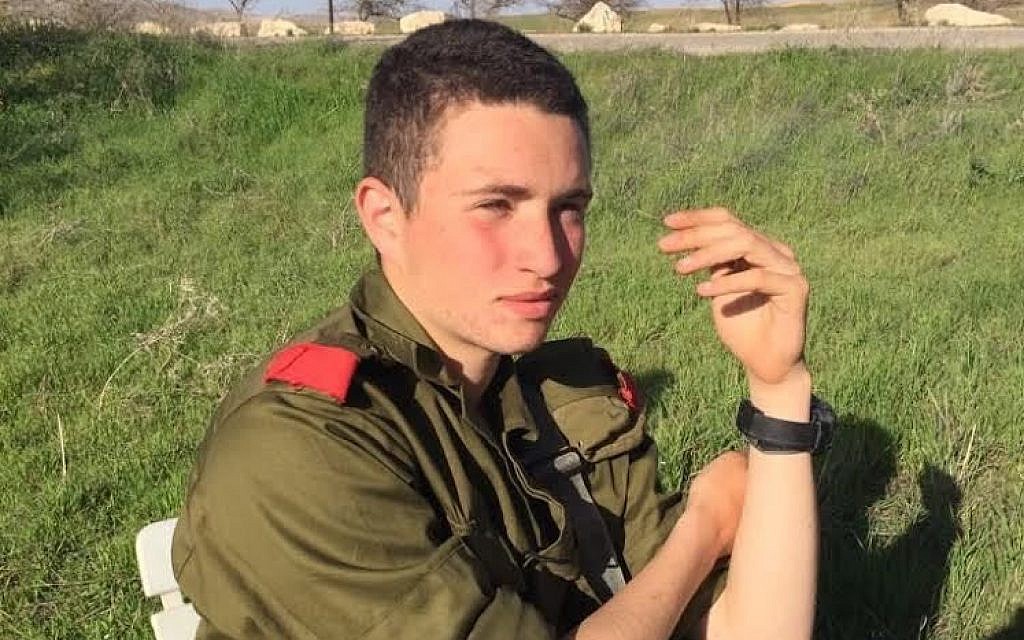 The Beersheba District Court on Monday sentenced an Israeli Bedouin man to a life sentence and 20 years in prison for the murder in 2017 of an Israeli Defense Force soldier in a terrorist attack in the city of Arad.

Khaled Abu Jaudah, from an unrecognized village in southern Israel, will pay damages of £ 250,000 (about $ 69,000) – the maximum amount allowed by law – for stabbing Ron Kokia, a sergeant at the IDF's Nahal Infantry Brigade. in a bus stop on November 30, 2017.

"Ron was a victim just because he was a Jew and an armed soldier, who was alone," wrote the judges in their decision. "The defendant was equipped with a knife and a car only to carry out the attack. The defendant conceived the idea of ​​carrying out the attack, his actions were planned in advance, carefully and coolly. "

Abu Jaudah's half-brother Zahi, who Shin Bet said acted as an accomplice and helped him in the aftermath of the attack, was charged with attempted murder, knife possession and obstruction of justice, among other charges. Your judgment is still ongoing. 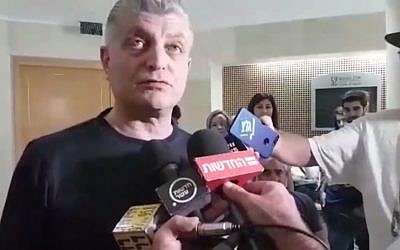 Kokia's father, Boaz, told Ynet that his son's offender should have received the death penalty.

"I call the police to put the family father on trial, he is a terrorist like his children," said Korkia.

Korkia had already called for the demolition of the illegally built Abu Jaudah family home and for Khaled's father to be convicted of polygamy.

On December 1, 2017, following a large-scale persecution in the area, the Israeli and Shin Bet police security service arrested the two Israeli Bedouin suspects and recovered the Kokia rifle, but the details of the case were kept under an order which was eventually lifted.

Shin Bet said that during Khaled's interrogation, he "admitted having murdered the soldier and robbed him [Kokia’s] fire gun." 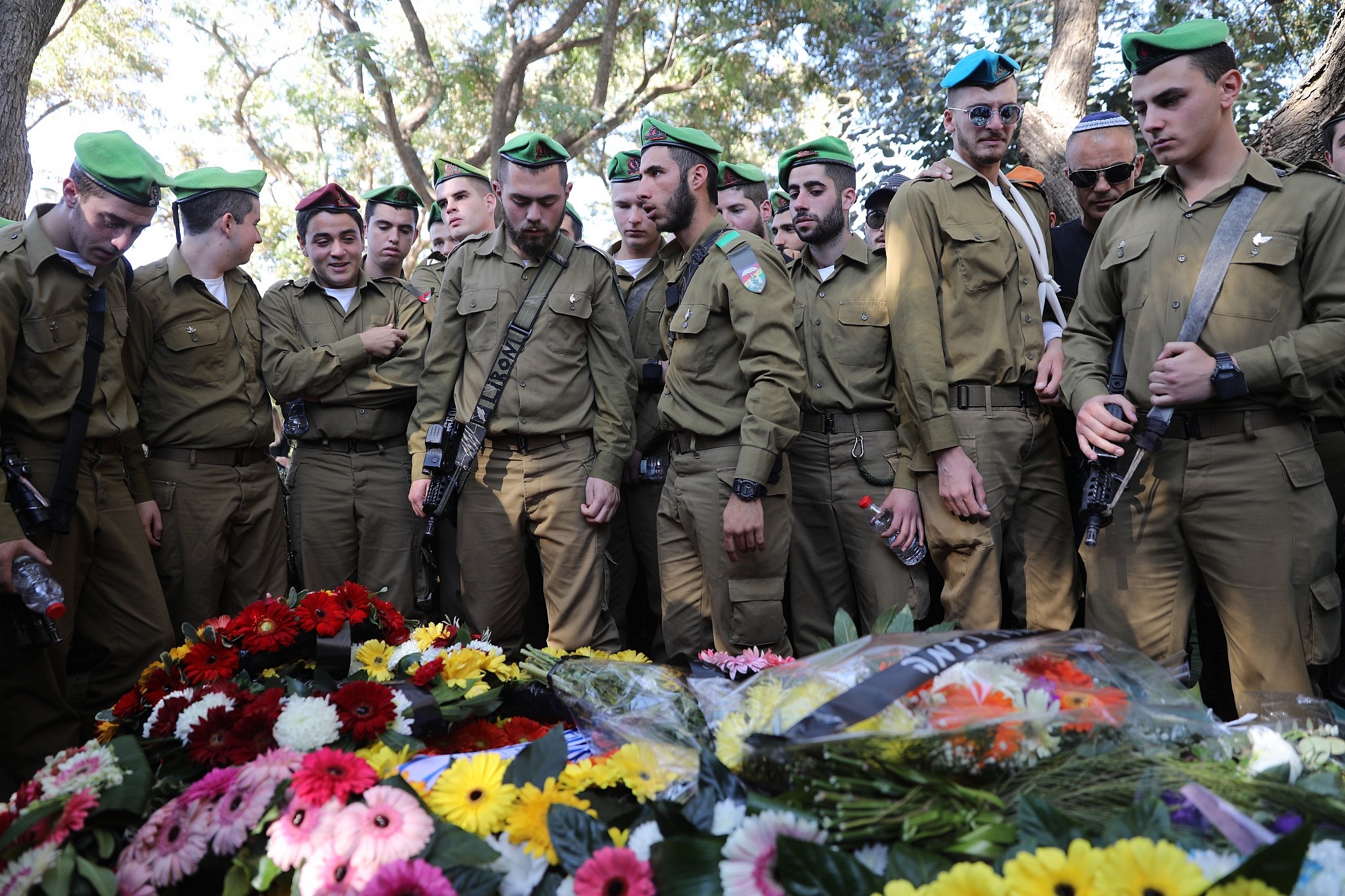 Neither suspect had a history of terrorist activity, said Shin Bet.

The security service also shed light on Abu Jaudah's motives, saying he committed the attack "for the will to do something on behalf of the Palestinians and as revenge for the IDF's activities in the West Bank and Gaza Strip."

Shin Bet added that Abu Jaudah has identified with various terrorist groups and "has extremist beliefs".

During his interrogation, Abu Jaudah told investigators that his original plan was not to stab a soldier, but to hijack one, using anesthetics he would steal from the Soroka Medical Center in Beersheba, where he worked.

He abandoned that plan and planned to kill a soldier and steal his weapon for use in future terrorist attacks, Shin Bet said. According to Ynet, her change of heart happened because her mother lives in the West Bank and saw the problems faced by the Palestinians.

"Every day babies die in Gaza and I felt I had to do something for the Palestinian people," Abu Jaudah was told by the interrogators.

According to the indictment, Abu Jaudah watched videos of IDF actions in Gaza and videos praising the Hamas terrorist group, which controls the coastal enclave. In one post he wrote, "May God save the land of Muslims and make their enemies the enemies of religion." 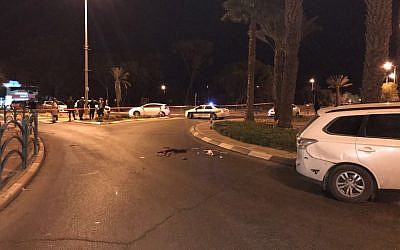 Police units respond to an apparent terrorist attack in the southern city of Arad on 30 November 2017. (Israeli police)

In the month before the attack, he and Zahi traversed Arad in search of a soldier to assassinate, eventually finding Kokia, whose Nahal Brigade base is located outside the city.

The soldier was waiting for a walk near a mall in the southern city at about 9:30 p.m. when he was attacked.

When the doctors arrived, they found Kokia in critical condition, unconscious and without a pulse, according to ambulance service Magen David Adom. A helicopter was summoned to take him to the hospital. Doctors tried to resuscitate him in the ambulance, but were forced to declare him dead before they reached the helicopter, one of the doctors said.

After the attack, Khaled would have returned home and told Zahi what he had done. He held out Kokia's weapon and the knife covered in blood. The two hid their weapons and went out to eat pizza in Arad. Later, they were arrested with the help of footage from traffic cameras.

Judah Ari Gross and Alexander Fulbright contributed to this report.