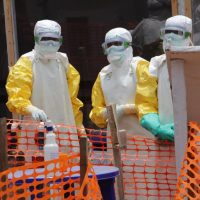 The Congolese Ministry of Health reported 642 deaths, especially in the communities of Katwa and Butembo, but now with new fatalities in the former Beni site, where they have stabilized safely for weeks.

There are nine suspected cases, although none confirmed in Goma, among the best kept in the 23 health zones of Ebola, because it is a border center that opens the door to Rwanda, Uganda, and a more worrisome regional and international spread.

The alarming increase in cases, coupled with ongoing conflict and community resistance, have motivated a new employee strategy. The ministry has promoted community dialogues in Butembo and its neighboring regions to better understand the population's resistance to Ebola intervention – a critical barrier in areas in the affected regions of Ituri and North Kivu, where armed groups have been operating for years.

Part of that resistance comes because of people's frustration with lack of economic investment and infrastructure, so the government has announced that it is expediting assistance to them. The first phase began this week with the recruitment of 1,000 people to work on road maintenance in Katwa and Butembo.

Another 1,000 people will be hired in May for the program, run by the Social Fund of the DRC (FSRDC) and eastern DRC for Peace (STEP). The decision followed a survey published in the medical journal Lancet last week, which shows that many Congolese do not trust the government or health professionals. Attacks and threats in recent weeks have interfered with the operations of Katwa and Butembo health centers.

"The recent shift in emphasis on the response strategy to promote greater involvement and ownership by affected communities is starting to produce results," the World Health Organization said in its update Thursday. However, this was not the case in the most problematic locations, so the ministry hopes to change the situation so that more people are seeking treatment and more transparency in tracking their contacts.