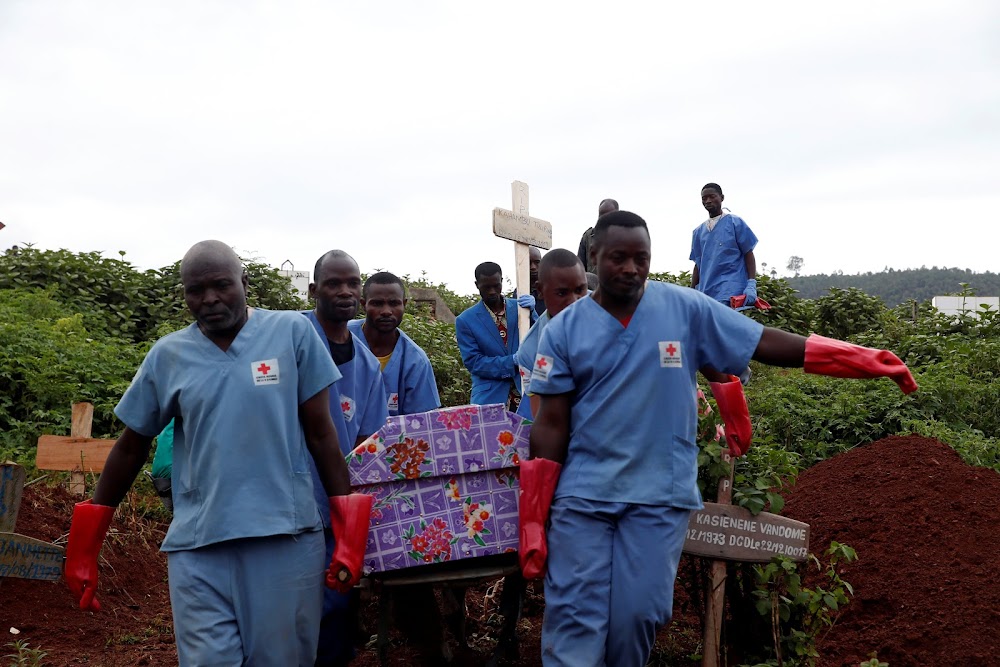 The Ebola outbreak in the Democratic Republic of Congo is spreading at its fastest rate so far, eight months after being detected for the first time, the World Health Organization (WHO) said on Monday.

Each of the past two weeks recorded a record number of new cases, marking a sharp setback in efforts to respond to the second-largest outbreak ever, as militia violence and community resistance blocked access to affected areas.

Less than three weeks ago, the WHO said the outbreak of hemorrhagic fever was contained and could be stopped until September, noting that the number of weekly cases has dropped by half since the beginning of the year to about 25. But the number of cases reached a record. the next week, and then jumped to 72 last week, WHO spokesman Christian Lindmeier said.

Earlier peaks of about 50 cases per week were documented in late January and mid-November. More alarmingly, more than half of the deaths caused by Ebola last week have occurred outside the treatment centers, according to data from the Ministry of Health of the Congo, which means that there is a much greater chance of transmitting the virus to those who surround it .

"People are getting infected without access to response measures," Lindmeier told Reuters.

It is believed that the current outbreak killed 676 people and infected 406 others. Another 331 patients recovered.

In the last two months, five Ebola centers have been attacked, some by armed militiamen. This prompted the French medical organization Médecins Sans Frontières (MSF) to suspend its activities in two of the most affected areas.

Another challenge has been the distrust of first responders. A survey last September by the medical journal The Lancet found that a quarter of people examined in two Ebola hotspots did not believe the disease was real.

Lindmeier said that new approaches to community outreach are showing signs of progress and that some previously hostile locals have recently agreed to grant access to health professionals. A treatment center that closed in February, after being set ablaze by strangers, reopened last week.

More than 11,000 people died in the outbreak of Ebola 2013-16 in West Africa. Since then, health officials have worked to accelerate their responses and have deployed an experimental vaccine and treatments, both considered effective.