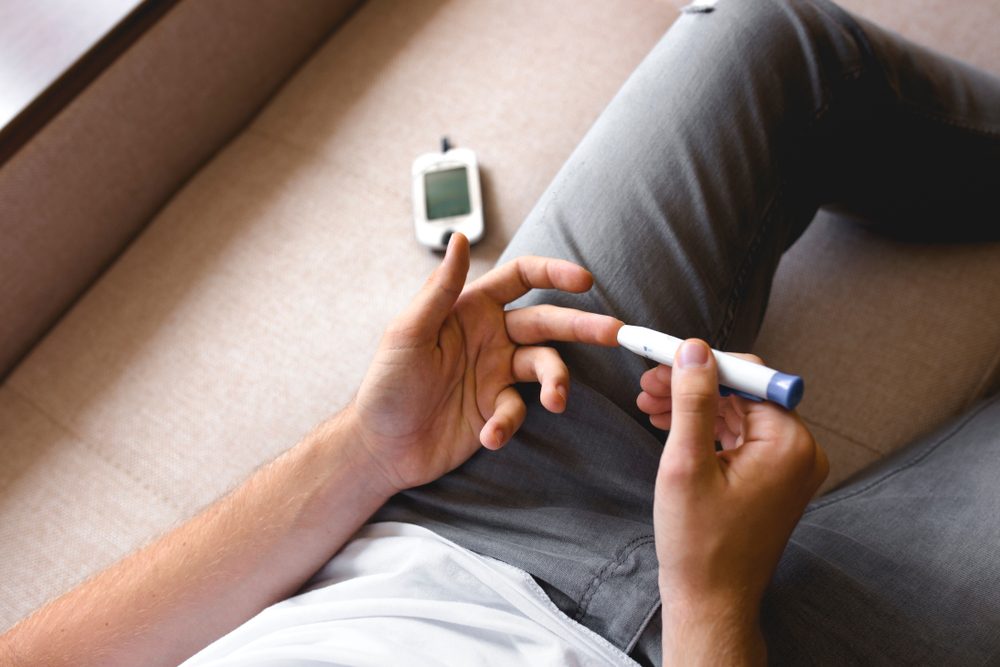 Although we do not know much about the causes of Alzheimer's disease, having the following conditions may increase the risk or worsen symptoms

This common blood disorder is defined by a decline in red blood cells. These cells carry oxygen, which is why a common symptom is persistent fatigue. The condition reaches more than three million Americans. Some studies have found a connection between anemia and an increased risk of dementia in older adults. One of the most common causes of anemia is iron deficiency, which can result from poor diet; It can also be a side effect of certain medications.

The concern is that by depriving the brain of oxygen, anemia could lead to the type of damage seen in people with Alzheimer's. Results from an 11-year study involving more than 2,500 people aged 70-79 revealed that those with anemia had a 40% higher risk of developing dementia than people who did not have anemia. Check out the 9 most powerful eating habits to reduce the risk of Alzheimer's.

"There is a lot of evidence that people who are destined to develop Alzheimer's dementia sometimes the first thing you see is depression or anxiety," explains Pierre Tariot, director of the Banner Alzheimer Institute in Phoenix, Arizona. However, scientists say these mood disorders may not only be a symptom of Alzheimer's disease – they may actually be risk factors for the development of the disease. As depression and anxiety can raise levels of stress hormone, cortisol, one theory is that chronically high levels of cortisol can damage the brain.

Interestingly, antidepressant medications are being sought as a potential treatment for Alzheimer's. "Some antidepressants have anti-amyloid [a protein associated with Alzheimer’s] properties with sufficient credibility that there are two antidepressant tests aimed at finding out if we can disrupt the Alzheimer's process with these drugs, "says Dr. Tariot. Make sure you know these first 10 signs of Alzheimer's disease.

The link between diabetes and Alzheimer's is quite strong. "Diabetes is probably a risk factor for several reasons," says Dr. Tariot. "The top of the list is that the disease leads to abnormal inflammatory responses in multiple organs – including the brain. Another reason is that the insulin signaling pathway is also one of the pathways involved in amyloid breakdown. Finally, diabetes contributes to cerebrovascular disease [conditions that raise the risk of stroke], which is a significant factor for Alzheimer's disease. "

Nearly 21 million Americans have diabetes, and an estimated 54 million have pre-diabetes, according to the Alzheimer's Association. But the disease can be controlled with changes in diet and lifestyle, and medication when needed to lower the risk. Read more than 70 easy ways to prevent diabetes.