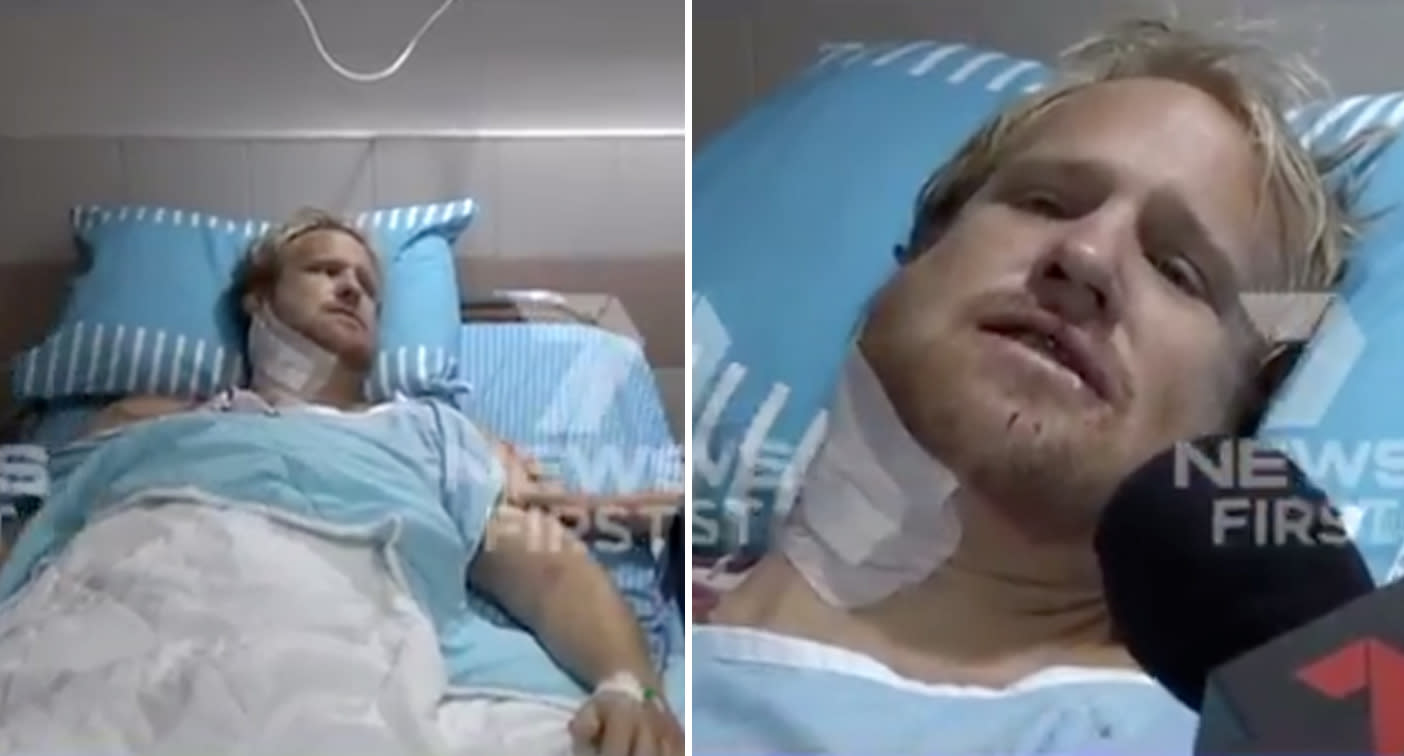 "Finally, now that I did the surgery, I put my chin back in place because it was broken," De Jong said.

The Australian expatriate has lived in Israel for five years with his wife and two daughters.

A statement from Tel Aviv airport says he refused to identify with a security official.