Appointing backbencher as minister, Netanyahu ensures that he remains as the only great Likud weapon 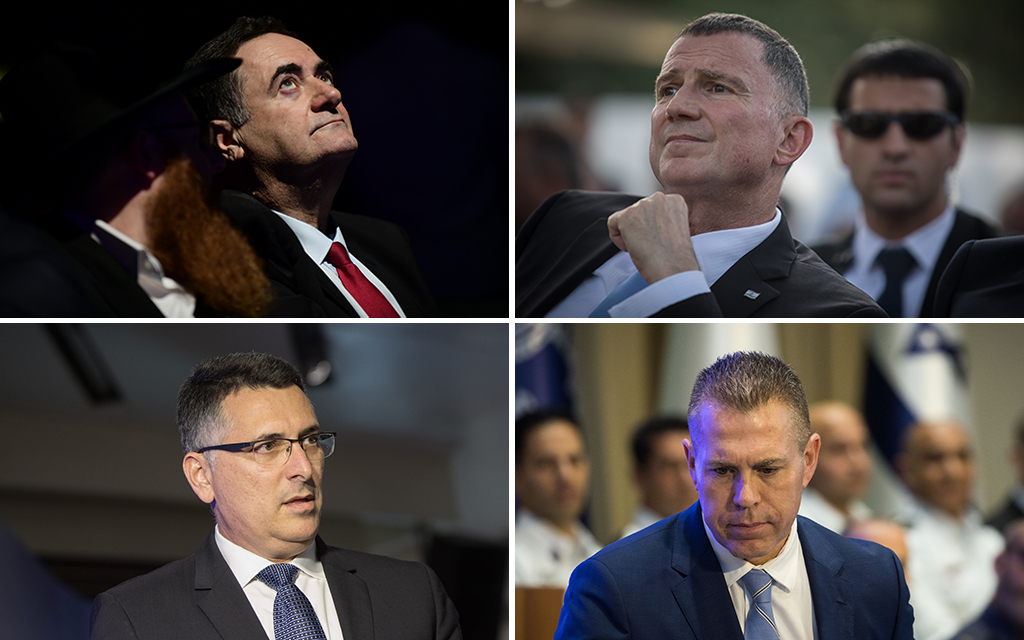 With the appointment of Likud ally Amir Ohana – the first gay openly gay in a right-wing party – as Justice Minister, Prime Minister and Likud President Benjamin Netanyahu continues to undermine the generation of politicians who will succeed him.

Netanyahu took advantage of Ohana despite the fact that there were many other top executives lining up for the position. Although many do not realize this, this is a continuation of the prime minister's long-standing strategy of overthrowing – either on his own or with the help of others – a long line of Likud senior officials who posed a threat to his leadership. over the years.

Fallen into oblivion are dozens of names once considered worthy of replacing Netanyahu as Likud's leader – so many, in fact, that there is not enough room to list them all. Among them are David Levy, Moshe Katzav, David Magen, Benny Begin, Silvan Shalom, Roni Milo, Dan Meridor, Moshe Kahlon and even Moshe Feiglin.

The only one who really could compete with Netanyahu, and even defeat him, was former Prime Minister Ariel Sharon, who died in 2014. 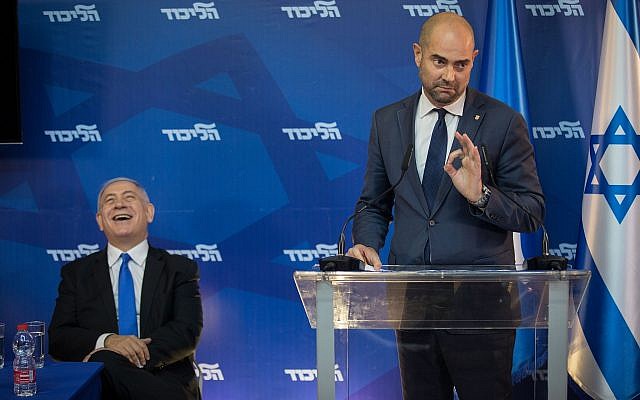 Now, Netanyahu is passing over a new group of politicians who are coming too close to comfort: Yuli Edelstein, who ranked first in the Likud primary election; Yisrael Katz, who came second; as well as Gilad Erdan and Gideon Sa?, who came in third and fourth respectively.

The prime minister's failure to form a coalition government last month further complicates the landscape, as no one can be sure how things will change after a repeat of the September 17 election.

The following is a summary of how Netanyahu is working to weaken the hands of each of his four main Likud rivals. 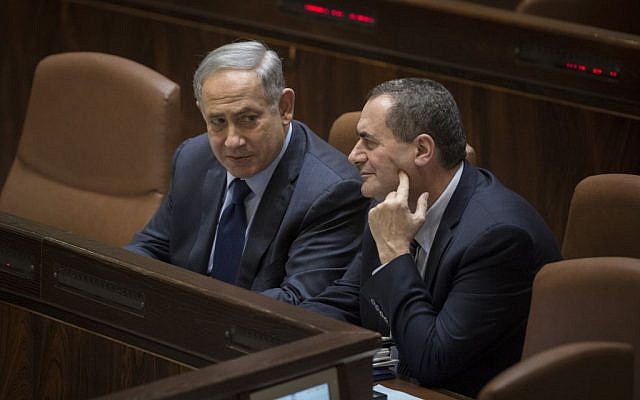 The newly appointed foreign minister has received an ostensible upgrade, although he must now bid farewell to the transport portfolio which, in the last decade, has made him the strongest Likud man after Netanyahu. Netanyahu had tried several times to separate Katz from the unsuccessful transport portfolio, precisely because of the great power that Katz accumulated.

Although Katz now has the portfolio of foreign affairs, as is in line with the title of deputy prime minister, it does not appear that Netanyahu intends to transfer the transport portfolio to a Likud colleague but to someone from the Law Union. Party parties. This will dilute Katz's political strength.

Katz must wait for the Blue and White party to unite after the September elections and continue to refrain from joining a Netanyahu-led government as the prime minister would happily offer Katz's portfolio in hopes of attracting potential partners to join their coalition. 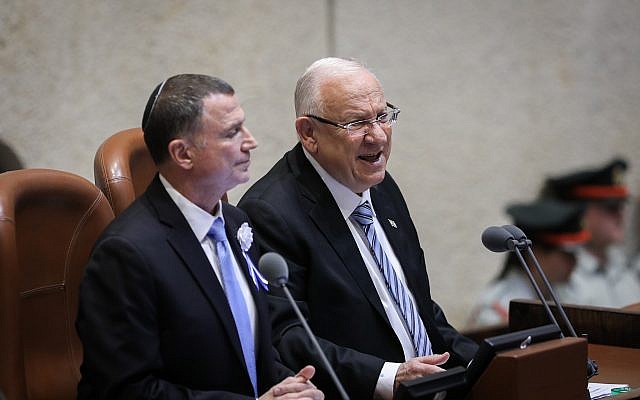 During Likud's recent political crisis as Netanyahu struggled unsuccessfully to form a coalition, there was a brief campaign in the party's gang to revolt against the prime minister, oppose early elections, and entrust Edelstein with forming a new government . The idea was immediately shelved.

Edelstein, instead, will remain as the Knesset's speaker and, save for any dramatic changes, will run for the presidency – a largely symbolic and benign position – in two years.

Netanyahu does not see Edelstein as dangerous to his political base, and in the approaching elections he even gave him a role in his war against the Yisrael Beytenu party, which, led by Avigdor Liberman, threatens to take a large part of the Russian Vote . 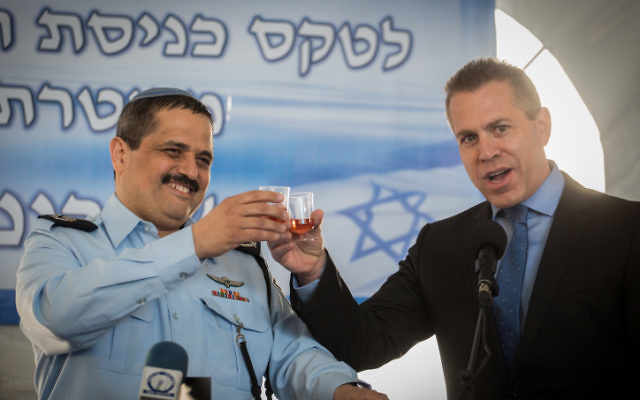 For many years, Erdan has been one of the most popular Likud faces, although he is not particularly appreciated by Netanyahu – and no longer welcome at the family table, so to speak.

The reasons for this are in several ongoing cases, in which the prime minister is being investigated for fraud. Netanyahu may realize that Erdan is less than loyal, as he stood on the side of the police when Netanyahu attacked his integrity, and publicly opposed legislation that would rewrite Israel's basic laws while allowing immunity to the prime minister.

Close collaborators of Netanyahu unrealistically hope that Erdan will use his current role as public security minister to help restrict investigations against Netanyahu.

Erdan, meanwhile, is distancing himself from the public security portfolio, and there are rumors that Netanyahu is pushing him to take on the role of ambassador to the UN – a position Erdan has rejected twice in recent years. 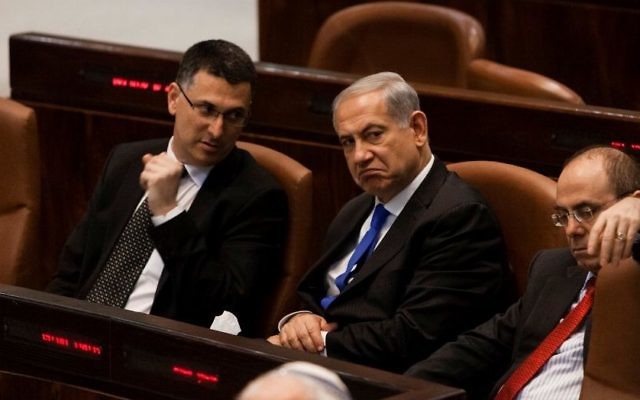 Gideon Sa € ™ ar, who is also mentioned as an alternative candidate, is being almost officially ostracized. He will not be in government – neither in the current nor in what Netanyahu plans to graduate after the elections.

Another figure was silently eliminated as well. Moshe Kahlon, once a major critic of Netanyahu, left Likud, but is now being reabsorbed in the ruling party with his friends in Kulanu. He will serve as a finance minister without teeth.

A trap within a trap 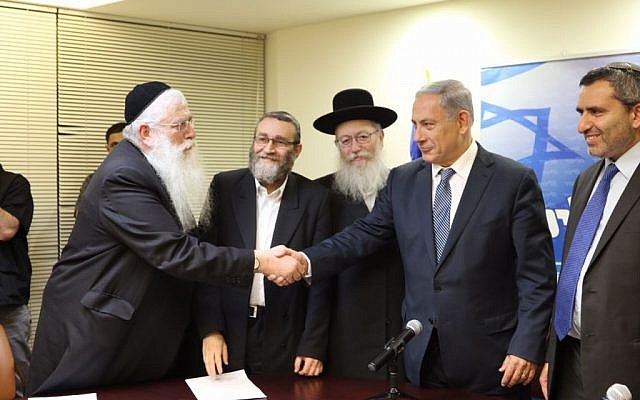 Prime Minister Benjamin Netanyahu shakes hands with Meir Porush of the UTJ in the Knesset on 29 April 2015 after the two sides signed a coalition agreement. To the right of Netanyahu is UTJ leader Yaakov Litzman. (Courtesy, Likud Party)

There are three powerful portfolios in government that allow their holders to maintain their political power by distributing almost unlimited budgets and political appointments throughout. These are the transport portfolio, the housing and construction portfolio and the portfolio of interiors.

Likud does not hold such portfolios, and it is not certain to occur after the September elections, as Netanyahu would rather have happy coalition partners than strong ministers within his party. In addition, the prime minister has given the newly-arrived Ohana a portfolio of justice, which has special weight. This is how he smoothly passes members of the "older generation" of Likud politicians for promotions.

Likud senior officials know that Netanyahu is excluding them.

"We are trapped in a trap," a close collaborator of a Likud minister told Zman Yisrael, the brother site of The Times of Israel. "We can not leave too. We went to these [second] elections because of the trap Netanyahu is in – he can not form a government because of his legal situation, so we are all going to the elections. "

"Today, we are facing elections and we can not speak against their decisions," he said. "If you ask people, everyone realizes, and maybe even waits, that Netanyahu will face a bargaining deal that will get him out of the game. And then we'll start a whole new game. "

This article was adapted from the Hebrew version on Zman Yisrael, the brother site of the Hebrew Times in Israel.