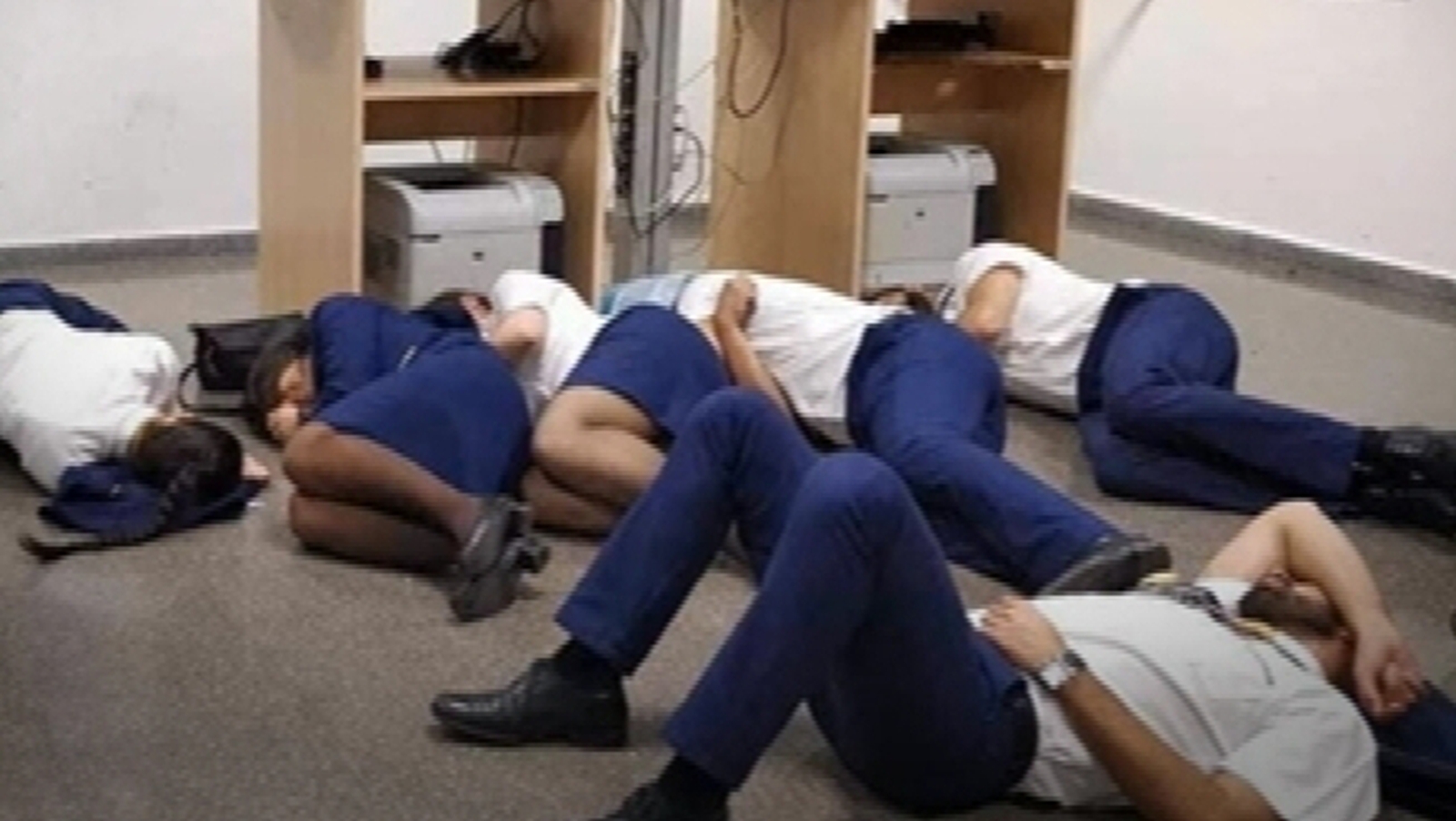 Ryanair fired six cabin crew members who were involved in a photograph of them, which seemed to show they were lying on the ground at Madrid airport because they had nowhere to sleep when their planes were grounded by bad weather.

In a statement, Ryanair confirmed that all six cabin crew members in Portugal were dismissed yesterday for breach of contract on grounds of serious misconduct.

The airline said it had staged a fake photo to support a false claim (widely publicized in international media) that they were forced to sleep on the floor of the Malaga crew room.

Ryanair said that this was a behavior that undermined the reputation of its employer and caused what they called an "irreparable" breach of trust with the six employees.

After the photograph was released on social networks, Ryanair originally apologized for the fact that the accommodation was not found for the staff.

However, the company subsequently posted CCTV footage of the crew room allegedly showing that the photo had been staged, and that there were several plastic seats in the room.

It is unclear whether staff were informed that the room was being monitored or whether permission was requested to broadcast the recording.