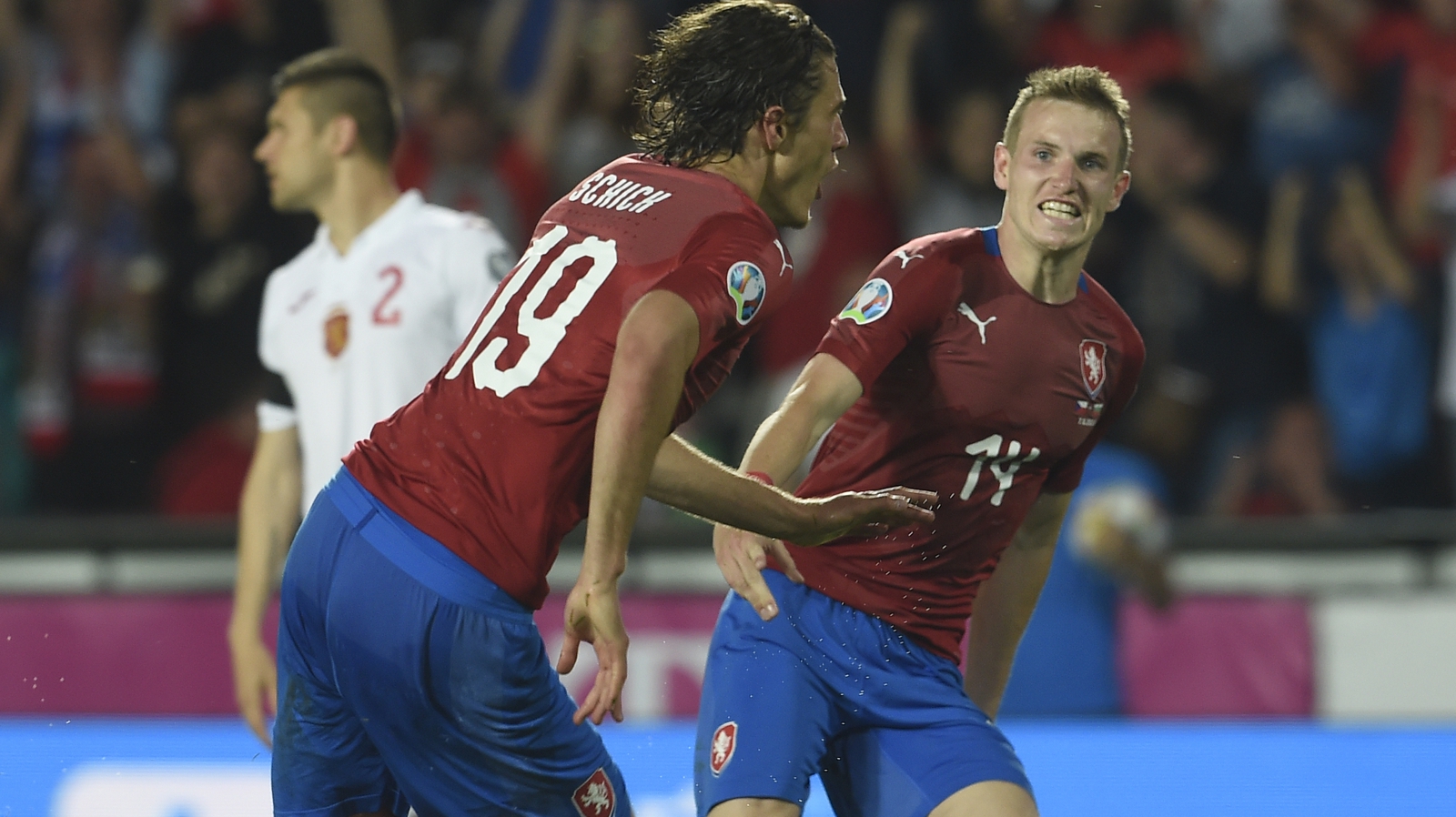 The Czech Republic drew with England at the top of Group A with a 3-0 win over Montenegro.

Jakub Jankto overcame the hosts in the match at 18 minutes in Olomouc with the second coming within four minutes of the second half with Boris Kopitovic deflecting Patrick Schick's cross before a penalty eight minutes from time.

England and the Czechs are tied for six points – although Gareth Southgate's team played less – with Kosovo a point behind after a 3-2 defeat by Bulgaria in Sofia.

Milot Rashica gave visitors a 14-minute lead just for Bulgaria to take the lead with goals from Ivelin Popov and substitute Kristian Dimitrov.

However, Vedat Muriqi scored a 64th-minute equalizer with substitute Elbasan Rashani scoring the winner in the third minute of the second half to give Kosovo the victory for the first time.

Spain maintained a record of 100 percent with Group F's fourth consecutive win, defeating Sweden 3-0 at the Santiago Bernabéu in Madrid with Sergio Ramos and Álvaro Morata scoring penalties and Mikel Oyarzabal the third.

In the same group, Romania defeated Malta 4-0 in Ta 'Qali, with George Puscas, with Alexandru Chipciu adding the third – but later was sent off nine minutes from the end by two signings – and Dennis Man Mark.

Bjorn Johnsen's win in the second half was enough to give Norway their first group win as they beat the Faroe Islands 2-0 in Torshavn.

Like Spain, Poland are also unbeaten in four, scoring Israel 4-0 in Warsaw, opening a five-point lead over the visitors at the top of Group G.

Goals of Krzysztof Piatek, Robert Lewandowski of the place, Kamil Grosicki and substitute Damian Kadzior doubled the number of Poles, as they only scored four of the first three games.

Slovenia were the biggest winners of the night, securing their Group G win with a 5-0 win over Latvia in Riga.

Domen Crnigoj scored his first two international goals, with Josip Illicic equalizing for the first half before Miha Zajc added the fifth after just half-time.

Austria were victorious in a 4-1 loss to Northern Macedonia, which opened the scoring in Skopje thanks to a goal by Martin Hinteregger.

But the Austrians reacted through Valentino Lázaro, two of Marko Arnautovic – with his first one immediately – and an own goal by Egzon Bejtulai.

In Group B, Serbia also won 4-1, defeating Lithuania in Belgrade, with Aleksandar Mitrovic scoring twice in the first half and Luka Jovic making it 3-0 before the break.

Arvydas Novikovas reduced the visitors' deficit with a penalty, but Adem Ljaic secured points in the second minute of the rebound.

Serbia, however, are six points behind leaders Ukraine, who only managed a 1-0 win over Luxembourg in Lviv after opening the scoring in the six minutes through Roman Yaremchuk.

In Group D, Denmark kept in touch with the Republic of Ireland leader with 10 points from four games after a 2-0 win over Gibraltar in Dublin following a goal by Joseph Chipolina and Robbie Brady.

The Danes score five points in three games after defeating Georgia 5-1 in Copenhagen.
After Kasper Dolberg made the first goal in the 13 minutes, Georgia drew 12 minutes later via Saba Lobzhanidze before Christian Eriksen restored the lead, half-time from the penalty.

The home side crossed into the second half, with Dolberg adding the second, followed by goals from Yussef Poulsen and Martin Braithwaite.