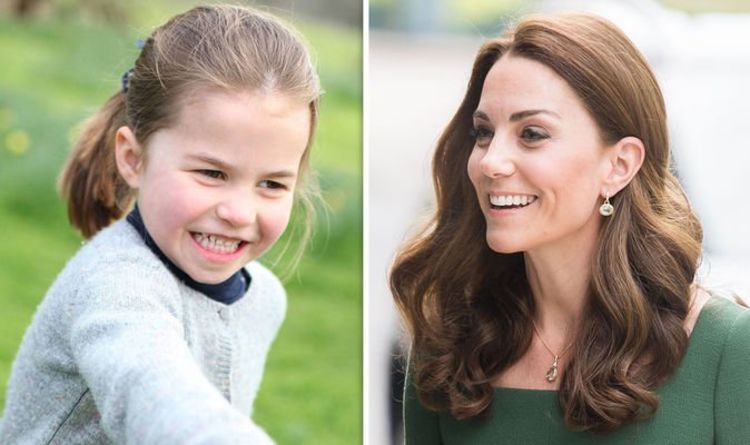 The Duchess of Cambridge is an amateur photographer and she celebrated Charlotte's fourth birthday on Thursday with three of her own lovely smiles from her daughter. It comes after cute photos of Louis taken by Kate were released when he made one last month. The mother of three children captured the photos of Charlotte at Kensington Palace and the Norfolk house in Cambridge, Anmer Hall.

At first Charlotte is smiling as she poses in the palace gardens.

In the pictures of Norfolk, the princess is seated on a fence in one and running along with a big smile as she holds a flower in the other.

The royal family website describes Kate, who studied art history at the university as an "experienced photographer".

She is an honorary member of the Royal Photographic Society, who acknowledged her "talent and enthusiasm."

The 37-year-old actress is also the patron saint of the Victoria and Albert Museum and the National Portrait Gallery, reflecting her interest in photography.

Kate often enchants the real fans with her own personal photos of Prince George, Charlotte and Louis to mark remarkable occasions including birthdays and early days in day care and school.

His Louis anniversary photos were taken at Anmer Hall in April.

It was the first time Louis had been seen since Cambridges' Christmas card in December.

She is the intermediary daughter of William and Kate and sister of George, five and Louis.

The young woman is the fourth in the line of the throne and its complete title is His Royal Highness Princess Charlotte Elizabeth Diana, of Cambridge.