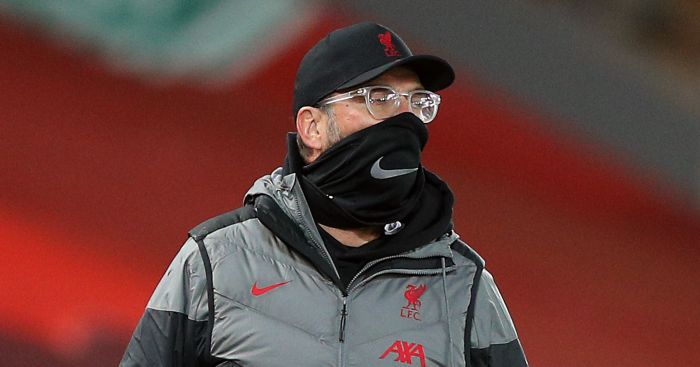 It was the Daily Mirror that reported the Reds’ interest in Schalke’s midfield. They suggested that the Bundesliga side wanted £ 40 million at the beginning of the year and £ 30 million in the current market, with Liverpool willing to offer just £ 20 million with add-ons in January.

But the Liverpool Echo they quickly stifled these allegations, reporting on ‘scratching their heads inside the club’ on these ‘new links’.

“An Anfield source believes it is simply the work of an exuberant agent and a team desperate for money,” he added. Be happy with your Fabinho and don’t create confusion, basically.

Transfer rumors are scarce – we are at the end of October in the midst of a global pandemic – but there is another piece of information in a Daily Mail article.

This comes from Jack Gaughan, who pontificates about Pep Guardiola’s future at Manchester City. The Spaniard has yet another contract year, but there does not appear to be an extension at this time.

Who would be the target to replace him? ‘Only two men come to mind’: Mauricio Pochettino and Julian Nagelsmann. ‘City as the appearance of both. They will not be the only club in Europe to do so. ‘

One man whose prospects are even more uncertain is Jack Wilshere, launched by West Ham and a free agent with only 28 years old.

England’s former international really like the look of the MLS by most accounts, but a move to Rangers was also discussed, as Steven Gerrard aims to widen the six-point gap he maintains in the Scottish Premiership. Insert a joke about slips here.

The Football Insider claim that it is no longer an option, as Rangers will ‘hang up’ in negotiations ‘after being told he is set to go abroad’. That sounds a bit like telling someone that you don’t want to go out with that person right after they’ve dropped you.

No other interested parties are actually mentioned, with unidentified teams in Serie A and La Liga monitoring the situation along with some #soccer franchises in MLS. Oh, what could have been.