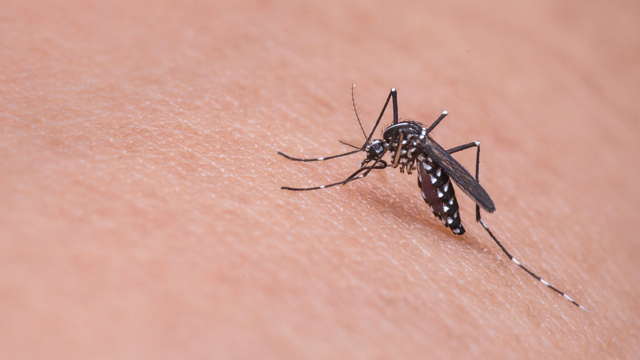 Research has shown that although there is a link between increased CO2 levels and mosquito evolution, it is less directly linked than previously thought with other factors such as the diversity of mammalian hosts, contributing to an increase in species richness of mosquitoes.

Many mosquito-borne diseases have been eradicated in areas of Europe, while many parts of Asia and Africa still harbor diseases such as malaria, yellow fever, zika virus and dengue fever.

Female mosquitoes can identify sources of blood meal from the levels of CO2 that mammals release from their bodies. There is now concern that as CO2 levels increase as a result of human activity, the diversity of mosquitoes with disease will also increase.

There is limited research, however, about how the mosquito is evolving in a changing climate and how and why the species is diversifying.

The new study, by researchers at the University of York, Bath University, and the Agricultural University of China, shows for the first time the impact of climate change on the rate of mosquito diversification and what it could mean for human health. in the future.

Dr. Katie Davis, of the Department of Biology at York University, said: "We have built an evolutionary tree of mosquito species, and then mapped it against the climate change of the past. Next, we used a mathematical model to examine the direct cause and effect, which revealed that increased CO2 levels over time increased mosquito species, but less directly than previously thought.

"We found that the increase in mammal diversity led directly to an increase in the number of mosquito species, and also that there is a relationship between CO2 levels and the number of mammal species, but there are missing pieces of this puzzle, we can only speculate at this stage. "

More research is needed to understand what climate change means for the future of the mosquito and the work will contribute to further discussions about the value of the mosquito to the ecosystem and how to manage the diseases they carry.

Professor Matthew Wills of the University of Bath said: "It is only the females of the mosquitoes that make a meal of blood and use the CO2 that mammals and other vertebrates exude as a very generic indication to locate their hosts. One line of reasoning is that as environmental levels of atmospheric CO2 increase, mosquitoes may find it increasingly difficult to distinguish between their host CO2 and background levels.

"Vision, body heat and other smells may have become more important in locating your blood meals, but many of these suggestions tend to be more specific to particular hosts. As a general rule, we know that a strong host specificity may be an important speciation factor in parasites, and the same may be true in mosquitoes. "

Chufei Tang, of the Agricultural University of China, said: "The increase in atmospheric CO2 has proven to influence various types of organisms, but this is the first time this impact is found in insects. This research provides one more reason for people to participate in low carbon lifestyles. "

Dr. Davis added, "Despite some uncertainties, we can now show that mosquito species are able to evolve and adapt to climate change in large numbers. With increased speciation, however, there is the additional risk of increased disease and the return of certain diseases in countries that have eradicated them or have never experienced them before. "

This article has been republished from materials provided by York University. Note: Material may have been edited for length and content. For more information, please contact the cited source.