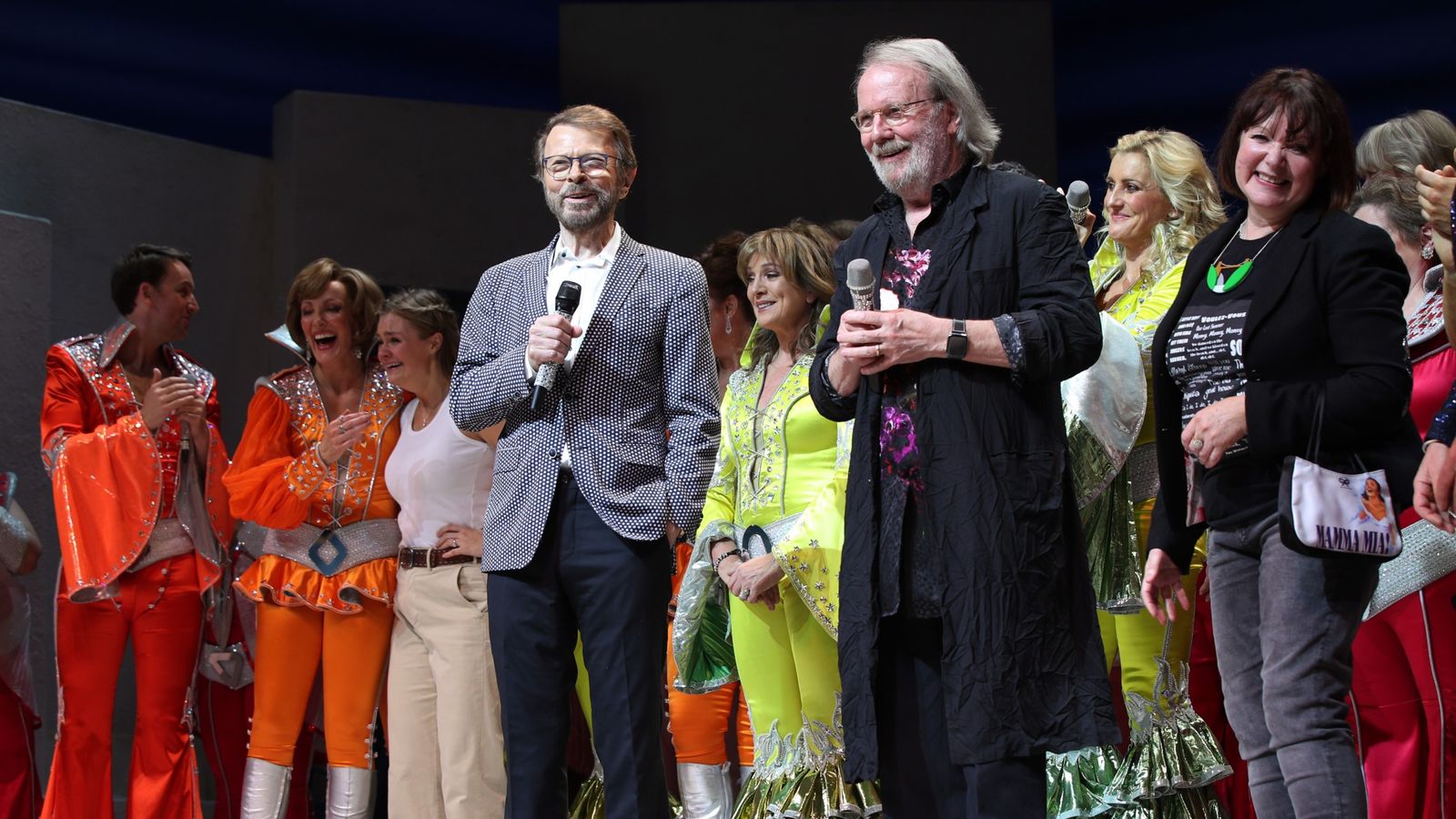 The two top men of ABBA made a surprise appearance on stage as the musical success Mamma Mia! celebrated its 20th anniversary.

Benny Andersson and Bjorn Ulvaeus, half of the Swedish pop sensation, charmed the audience as the ABBA-inspired show marked two decades in the West End.

The two were greeted with loud applause and applause from a crowded Novello Theater in London when they took to the stage after the show.

Ulvaeus thanked the "fantastic audience" and said it was "strange and wonderful to be on this stage tonight".

The stars of ABBA, who composed the music and lyrics of the musical, were accompanied by producer Judy Craymer, director Phyllida Lloyd and writer Catherine Johnson.

Commemorative celebrations rained over the audience during a mix of ABBA classics, including Dancing Queen and Waterloo.

Andersson said that behind the scenes was "too long" since he had seen the show and that he felt moved on the anniversary.

The composer praised the cast as "wonderful" and added, "There is a chance to be immersed, to be moved, and I was tonight and I'm glad to feel it."

Mamma Mia! is a tale of well-being centered around a mother, daughter and three potential parents on an idyllic Greek island.

It unfolds to the timeless pop classics of ABBA and is now seen live on stage by 65 million people worldwide.

Mamma Mia! was adapted for the film in 2008 and starred in Meryl Streep, Amanda Seyfried, Pierce Brosnan and Colin Firth.

The cast of the movie has returned to the sequel Mamma Mia! Here we go again in 2018.

The London show, which was watched by more than nine million people during 8,000 performances, was originally opened at the Prince Edward Theater in April 1999.

He was transferred to the Prince of Wales Theater in 2004 before going to his current home in 2012.

The musical was seen in 50 productions in 16 different languages ​​around the world, grossing over $ 4 billion at the box office.

ABBA announced in April 2018 that they were getting together to release new songs for the first time in 35 years.