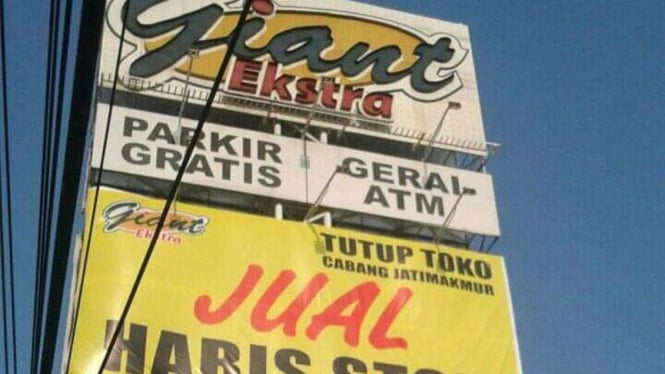 But apparently the news is still a continuation. Based on the information circulating on the social networks, six branches of Hero's subsidiaries, Giant, will cease to function.

In the photo, a note appears stating that the store will clean the warehouse. The reason is that store operations will be interrupted.

"Thank you for being our loyal customer." Our store will stop working on July 28, 2019. You can shop at Giant Metland and at Giant Cikeas, "wrote the ad on Giant Cibubur.

For information, in addition to Giant, Hero also has other retail companies, from Hero Supermarket, Guardian Health and Beauty, to IKEA.