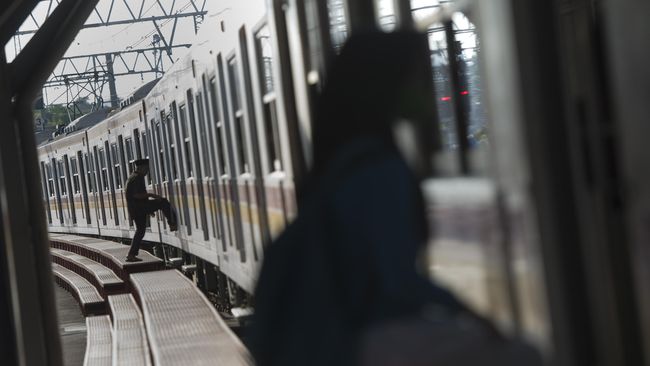 Palembang, CNN Indonesia – Thousands of PT employees Indonesian Railways (Persero) threatens to attack. They urged the directors to repeal the marriage-related regulations among officials who were considered human rights violators.

The Railroad Workers' Union (SPKA) requires that the directors open the regulation in the near future.

SPKA president Edi Suryanto said the attack decision was made following a meeting of SPKA leaders in Java-Sumatra in Palembang, South Sumatra, Friday (21/6).

His party decided to attack because resolving the issue of marriage rules to co-workers was considered too time-consuming and did not produce a solution.

Edi said that the regulation made 150 married couples who were employees of PT KAI have separate places of work and domicile. In fact, 20 percent of the 150 couples, Edi said, experienced a split in their home and status in a divorce case.

"For example, a wife in Java, her husband was transferred to Aceh." He was transferred away by the rules of the board of directors, which violated human rights, and the law governing it was repealed by the Constitutional Court, he said.

He also said that placing workers in a place of domicile for couples would not cause a conflict of interest as often used as an excuse by the directors.

While conducting bipartite and tripartite negotiations with the Bandung City Human Resources Office, this issue has not yet resulted in an agreement between SPKA and PT KAI.

"We are going to immediately object to the directors to revoke the rules that are harmful to the workers, especially the executors," he said. "We ask that the position of the transferred workers be returned.

In addition, the SPKA also requires adjustments in wages and income. In the PKB between SPKA and the administration of PT KAI, it was agreed that the basic salary stipulation was based on the TDIPIP table of the applicable civil servant salary multiplied by 110 percent.