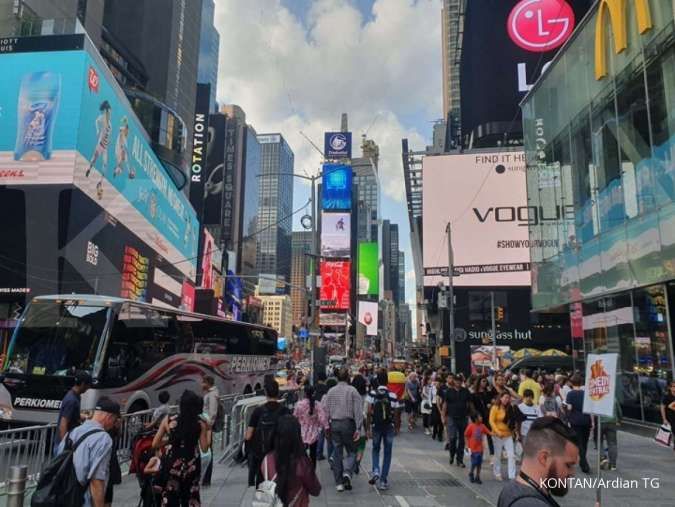 ILLUSTRATION. The United States (USA) economy recovered in the third quarter of 2020, after entering the abyss of the recession in previous quarters.

KONTAN.CO.ID – WASHINGTON. United States Economy (USA) rebound in the third quarter of 2020 after entering the abyss of the recession in previous quarters.

U.S. economic growth hit a record high in the third quarter of 2020, when the U.S. government issued more than $ 3 trillion in aid, which generated consumer spending that was hit hard by the corona pandemic.

Reuters reported that the U.S. gross domestic product (GDP) grew 33.1% on an annual basis in the quarter of 2013.

This is the fastest pace since the government started setting a record US economic growth in 1947. In the second quarter of 2020, the US economy was down 31.4%.

This economic growth report is one of the last major economic indicators before next week’s presidential election.

With five days left for election day, President Donald Trump, following most national polls, is likely to capitalize on the impressive GDP recovery as a sign of economic recovery.

But U.S. production remained below its levels in the fourth quarter of 2019, a fact that Trump’s Democratic challenger Joe Biden will almost certainly highlight, along with signs that the boom in economic growth is slowing rapidly.

Economists interviewed by Reuters had expected the US economy to grow 31% in the July-September 2020 quarter. The US economy has entered a recession since February 2020.

The government’s rescue package provided a livelihood for many companies and the unemployed, increasing consumer spending, which in itself generated an increase in GDP.

But government funding ended with no deal in sight for another round of assistance. New cases of coronavirus are spreading across the country, forcing restrictions on businesses like restaurants and bars.

More than half of the 22.2 million jobs lost during the pandemic have been recovered and layoffs continue.

A separate US Department of Labor report on Thursday (10/29) showed that up to 751,000 people filed for unemployment insurance in the week ending October 24, down from 791,000 in the previous period.