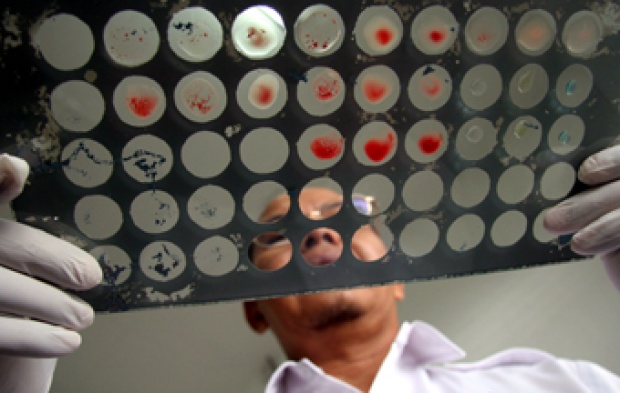 Weather, Jakarta – A team of researchers at the University of British Columbia discovered two types of enzymes that together can switch blood types A to type O blood in the human intestinal biome.

Read: Diet Foods That Are Right For Type B Blood

Report of Phys.org, June 17, 2019, in a report published in the journal Nature Microbiology, this group of researchers described metagenomic studies of bacteria in human feces and described the results found.

Previously, the team had already conducted research, the results of which showed that certain enzymes could be used to convert A, B or AB to O by removing the antigen.

In this new study, they found that there are two enzymes that, when working together, convert blood type A to O. Another interesting finding is that the enzyme was found in the human intestinal biome.

The process of change occurs involving the transfer of DNA from uncultured bacteria to Escherichia coli, so the results are used to reveal microbes that are capable of removing antigens from the surface of red blood cells.

The team reported that the initial results were not very positive. Because they have not found microbes that can do the job. But they found two who could do this together.

The first, the deacetylase GalNAc, converts the antigen to amine, and the second removes the amine and produces blood cells without antigen, type O.

The team is planning to continue their studies to determine if they will be safely used to exchange blood for transfusion because it is a human test or not.

There are four types of blood in humans; A, B, AB, and O. Quoting healthline.com, all four have differences based on the presence of proteins that are linked, or which are commonly referred to as antigens.

Each will trigger an immune response when, during the process of blood transfusion, your blood finds the blood that has the wrong antigen. The long-term response, if not treated properly, can lead to several deadly diseases.

However, the immune response will not be found in blood type O because the blood group holds the title of universal donor so it can be transfused for all types of blood groups.