Recognition of the suspects who pointed out Kivlan 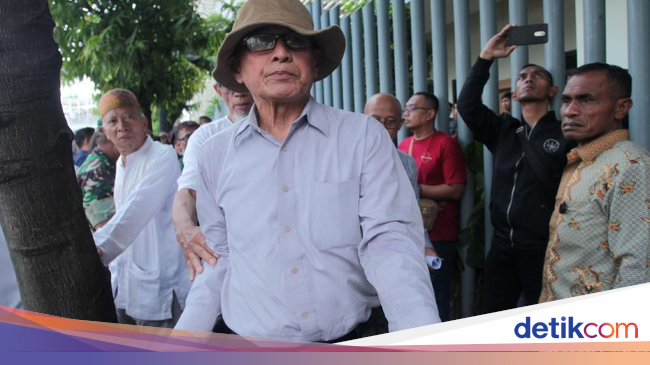 Jakarta –
Police finally revealed the investigation into the alleged possession of illegal firearms and alleged assassination plans. The recognition of suspects related to riots on May 22 was revealed.

Information from the suspects who were also declared on the Examination Report (BAP), including H Kurniawan, also known as Iwan, Tajudin and Irfansyah. His information in the video of the investigation was disputed at a press conference at the Indonesian National Police at the Office of the Policy and Security Coordinating Ministry on Tuesday (11/6/2019).

Suspected H Kurniawan, also known as Iwan, Tajudin and Irfansyah, in the investigation process, allegedly had links with Kivlan Zen (KZ) as well as another suspect, notably Habil Marati (HM).

"The suspect's statement was in line with the investigative report we were printing (investigation), so a video testimonial was strengthened and the suspects were sworn in on the statement or BAP that he passed on to investigators. So the two new suspects , suspected KZ and HM Development of suspects were suspected to have, control, store illegal pieces without rights, "said the criminal investigator of the AKBP Metro Regional Police Jaya Adry Ary Syam Indradi at a press conference.

Suspect H Kurniawan, incidentally Iwan, claimed to have been ordered by Kivlan Zen to find the executioner of the murder. Kivlan Zen also delivered SGD 15,000 – which were then swapped in the money changer for Rp. 150 million – to buy two long cables and a short barrel.

"Where in March, around March, Udin's brother and I were called by Mr. Kivlan to meet in Kelapa Gading, where at the meeting I received a hundred and fifty million dollars to buy tools, weapons, that is, short-barreled cannons 2 long shots, "Iwan said in his video statement about the investigation process.

Receiving the order, Iwan asked the suspect Tajudin to be the executor of the Wiranto shootings, Luhut Binsar Pandjaitan, Budi Gunawan and Gories Mere.