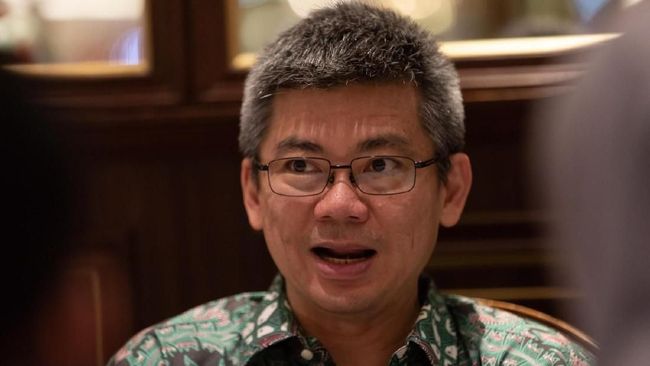 Based on a press release delivered yesterday, Stefanus stated that the results of the investigation of the TPS Food financial report for the financial year 2017 were conducted by EY, because it was considered to have many disadvantaged parts but benefited one of its shareholders and groups.

"Whatever the name of any investigation, one seeks the truth without justifying it. The way is to find errors, deficiencies or even frauds which are backed up by factual evidence, factual, objective, comprehensive and fair information. blame him without first checking the parts that are considered wrong to give information, "he explained.

In addition, the content of the report is also not complete and even tends to be careless. For example, in a reported report on the Company's resource flow in the amount of Rp 1.78 trillion, including the sale of GOLL Rp 526 billion.

Although there is no flow of funds in all GOLL sales because there is only one company invoice for Joko Mogoginta personally.

Also the conclusion of EY that there was an asset bubble of Rp 4 trillion, more than 30% consisting of stocks or stocks. Although EY has clearly stated that a limitation was that the audit was not followed by a physical audit of the warehouse stock.

According to him, prior to the publication of the investigation report, not all shareholders knew the content of the report. The report is published in the disclosure of information from the Indonesian Stock Exchange (IDX), but this step is actually considered potentially abusive.

In addition, the audit report released by EY, which is known only to one of the shareholders, is not in accordance with good corporate governance (GCG).

For this reason, he asked the Indonesian Stock Exchange (IDX) and the Financial Services Authority (OJK) to investigate the real reasons for publishing reports that should not have been announced.
(hps / hps)