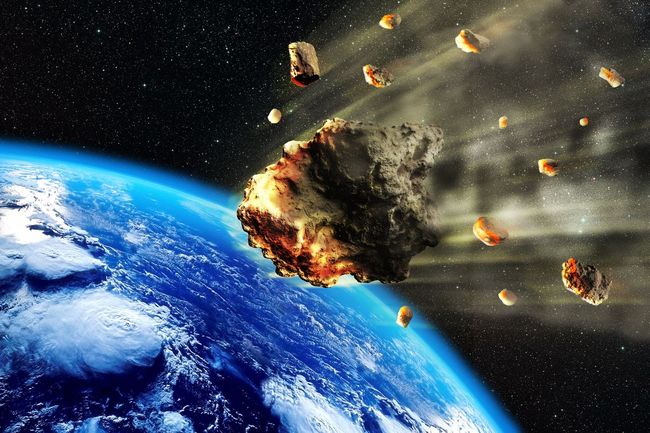 Events of meteors fall and explode on Earth classified as rare events occurring only two to three times every 100 years, as revealed by Lindley Johnson, a NASA planetary defense officer reporting this event at the 50th Planet Moon and Planet Conference in Woodlands, near Houston Texas.

The space rock exploded 25.6 kilometers above the surface of the earth. The falling force of the meteor is 173 kilotons, or equal to 10 atomic bombs in Hiroshima. Fortunately, this meteor falls into the sea, not on land, which can cause fatalities.

"(Because it exploded in the Bering Strait, so the effect is not the same as that observed in the news," said Johnson, quoted BBC.

However, the blast caused many windows to be damaged and knocked over several buildings. As a result of the blast, about 1,500 people needed medical treatment.

"There is no need for a huge meteor to cause a major explosion," said Ed Lu, a former astronaut and co-founder of the non-profit organization on planet B612. Popular Science.

Because a meteor with a diameter of only a few meters can cause an explosion 10 times larger than a bomb in Hiroshima.

This explosion was also the third since the events in Tunguska in 1908. This event also occurred without notice. The meteor is estimated at 10 meters and weighs 1,500 tons.

The meteors are expected to enter Earth around noon, local time, to the Bering Sea, which separates Russia and Alaska. Military satellites were able to record the blast last year. NASA was notified of the incident through the US Air Force.

The rock exploded not far from the trade route between North America and Asia. So, researchers are checking multiple airlines to find out if there are vision reports about this event. (ex / ex)