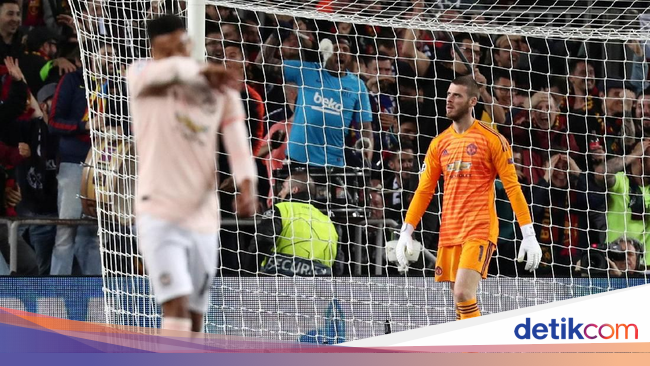 Barcelona – Manchester United fell from the Champions League after beating Barcelona 0-3. Ole Gunnar Solskjaer stated that his team level was far from the Blaugrana.

The Champions League is the only hope left for MU to win the trophy this season. However, they did not move when they played at the Camp Nou on Wednesday (17/04/2019) at dawn.

Already lost 0-1 at Old Trafford in the first leg, MU could not keep up with Lionel Messi et al. El Messiah made a brace, followed by a goal from Philippe Coutinho to give Barcelona a 3-0 win.

Not even six months later as Manchester United coach Ole Gunnar Solskjaer was widely praised for returning to Manchester United as an offensive and attractive team. But he also can not deny that the quality difference between MU and Barcelona is very great.

In order to be in line with the Blaugrana, MU, called Solskjaer, had to wait a few more years.

"We all know there is still work to be done," said Solskjaer, quoted by Sky Sports. "I have said until now that the change can not happen overnight.

"We're working at work and talking to the players. We need to start building a great environment, a world-class attitude every day."

"We have a lot of good players, but as I said, we have a duty to rebuild the team. It starts with the coach, the players and, of course, the addition of one or two pillars in the summer," said Solskjaer.

Bye-bye MU, Here are 3 goals from Messi and Coutinho: