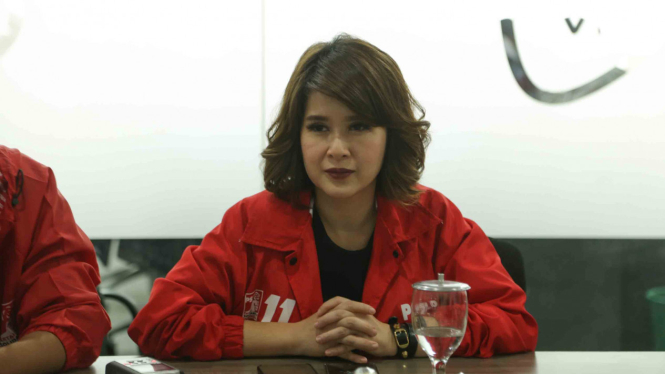 ALIVE – Specialist in Constitutional Law, Bivitri Susanti assessed, erroneously reported on the President of the Indonesian Solidarity Party, Grace Natalie, to the Bareskrim of the National Police. Grace reported to the Brotherhood of Indonesian Muslim Workers or PPMI, on charges of blasphemy.

"For me, seeing this is not blasphemy. First, talking about the Shari'a Regulation or the Gospel is not true, even though the term Sharia Regulation is still well understood," Bivitri said in Jakarta on Saturday, November 2018.

According to Bivitri, the PSI's rejection of religious regulations can not be interpreted as a defamation of religion. He explained, blasphemy cases are generally interpreted as something that makes the public nervous and in fact leads specifically to specific religions.

Bivitri gave an example, a case of blasphemy of Basuki Tjahaya Purnama (Ahok). In that case, he revealed, the former governor of DKI Jakarta actually mentioned one of the verses of the Quran.

This, he says, is different from what Natalie did. "If this is not the case, there is no verse from the Quran or any other verse, as is the Gospel," said Bivitri.

Bivitri argues that what PSI and Grace do contextually is not an insult to religion. He said, PSI at the time was giving a political stance as a party that because the state was based in Pancasila, he did not agree to the law based on religion.

He continued, the Regional Regulation of religion was not really taken from a particular religious scripture. However, he said, the regulation was inspired by the scriptures and this was his research.

The research, he revealed, was conducted by Komnas Perempuan and two academics from abroad, both Indonesians.

"Well, I think with this review, I saw that everyone reported it right. But, I think, this source is not as strong as a report," he said.

Previously, the report on Grace was conducted by PPMI Attorney General Zulkhair, Eggi Sudjana. Eggi's report was received by Bareskirm with police bulletin number LP / B / 1502 / XI / 2018 / BARESKRIM dated November 16, 2018. Grace was charged with an alleged violation of Article 156A of the Penal Code, Article 27 paragraph 3) Article 28, paragraph 2 Article 15 of Law Number 1 Year 1946 on the Regulation of Criminal Law.