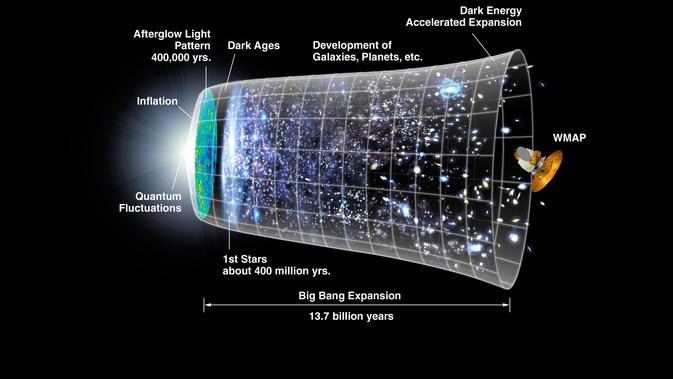 After decades of searching in space, scientists now claim to have detected the first molecular links formed at the beginning of the Universe, after the Big Bang.

The discovery of helium hydride (HeH +) ions in the NGC 7027 nebula ended the epic hunt for astronomers to find molecules that are difficult to understand in space.

"The lack of evidence of the presence of helium hydride in the Universe questioned our understanding of chemistry at the beginning of the Universe," said astronomer Rolf Gusten. ScienceAlert, quoted on Friday, April 19, 2019.

"Detections that are reported now, have resolved such doubts," he continued.

As soon as the Universe cooled after the Big Bang almost 14 billion years ago, the theory claimed that the ions of light elements began to recombine with one another.

Scientists estimate that HeH + may have formed in the nebula in the 1970s, but so far they have never been able to detect it.

According to the researchers, this was because the Earth's atmosphere was basically a barrier to the spectrometer (an instrument for determining the wavelengths of various rays) based on the earth.

Gusten's team was able to overcome these obstacles simultaneously, thanks to the ability of the German Receiver for Astronomy at Terahertz Frequencies (GREAT) when piloted by the NASA spacecraft Observatory for Astronomy Infrared (SOFIA).

According to Gusten, the GREAT is the only device that can do this kind of observation and is only able to see the helium hydride in outer space if it is first released into the air.

"Someone or something can not do this kind of research from a ground observatory because at a wavelength of 149 mm the Earth's atmosphere is completely opaque," Güsten explained.

"So we have to go into space or operate our instruments from the platform flying at a certain altitude, like SOFIA floating above the lower atmosphere," he continued.