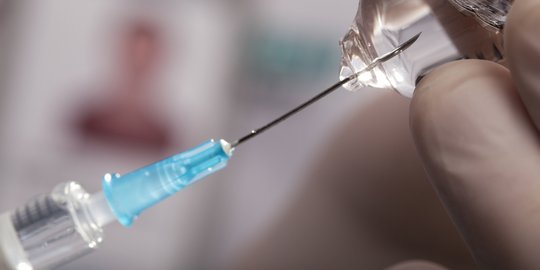 Merdeka.com – The Provincial Health Department of Riau recognizes that the measles and rubella (MR) immunization program is low and does not reach the target. Because of the goal of 95 percent, it reached only 42 percent.

Head of the Department of Health of Riau (Kadiskes) said Mimi Yuliani Nazir, the low number was because most people still refused immunization.

In fact, immunization with MR since August 1 should have ended on October 31. But the Ministry of Health extends the time until the end of 2018.

"According to the Circular Letter from the Minister of Health, MR immunization will be held until December 31. Currently, there are 42 percent, we expect that according to the established target of 95 percent," said Mimi Merdeka.com Sunday (11/11).

The MRI immunization controversy, which has been mentioned as not yet categorized as halal, is one of the dominant causes of its rejection.

Mimi explained, the public was not all aware of the MUI fatwa number 30 of 2018 on the MR vaccines, which stated that the vaccine could be given to children aged 9 months to 15 years.

Until some time ago, Ustadz Abdul Somad once said that immunization against MRI is good for the human body and is not prohibited because it is useful as a medicine.

"If you do not vaccinate your children, it is feared that this will adversely affect children's health due to MR virus infection," said Mimi.

While the rejection still occurs, Diskes Riau continues to provide information on how this will impact if not immunized by these children.

Diskes has made an effort so that this immunization can reach 1,955,659 children in Riau, making several innovations. From sweeping the primary school to holding seminars on the dangers of the impact of this MR virus.

"We are going to carry out activities such as in the regency to make a great progress." How to send children from 9 months to 15 years to participate in the immunization, such as in the area of ​​free day of cars (CFD), in addition to shopping malls, "he concluded. [fik]