Illegal Senpi Facts Trying to Be Smuggled into Riots 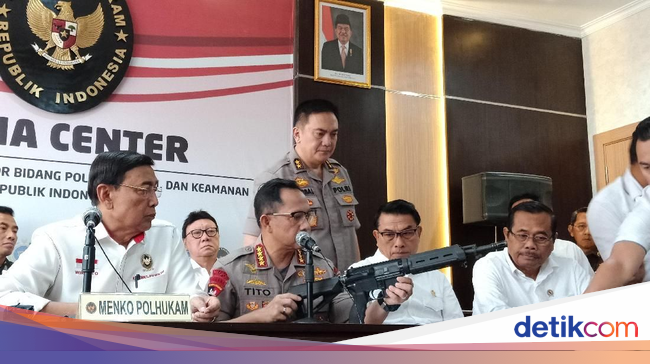 News of Soenarko's prison related to illegal senpi was losing on Tuesday (21/5/2019). Soenarko was arrested for alleged cases of gun smuggling.

At that time, the Coordinating Minister for Political, Legal and Security Affairs, Wiranto, said that Soenarko had been named suspect and was detained in the Guntur POM detention center.

"Major-General Soenarko was indeed summoned, questioned and now suspected and detained at the POM Detention Center for alleged possession and control of illegal weapons, such situations are not permitted and permitted," said Wiranto at the Kemenko Polhukam, Jl Medan. Merdeka Barat, Central Jakarta, Tuesday (21/5).
Soenarko was arrested because he was considered to have the potential to threaten national security. The gun was allegedly used to be smuggled into the riots on May 22, 2019. Here are the facts:

The Minister of Policy and Security Coordination Wiranto explained that Soenarko was suspected of smuggling weapons imported from Aceh. Wiranto stressed that illegal weapons are not allowed.

"There is also a connection with the existence of illegal weapons of Aceh, which are indicated as allegedly requested by the interested party for something specific that we do not know. Wiranto. at the Office of the Policy and Security Coordinating Ministry, Jl Medan Merdeka Barat, in central Jakarta, Tuesday (21/5).

Wiranto said that the illegal weapons smuggled by Soenarko were closely related to the content of the statement by former Red Beret Corps number one in the viral video, which was about the May 22 suit.

"Lest it be confusing, in fact, the arrest of Major General Retired Soenarko is related to his remarks when there was an explanation for his men who were recorded and neutralized," said Wiranto.