Cell Phones for Sale in Indonesia Only Focus on 3 Features 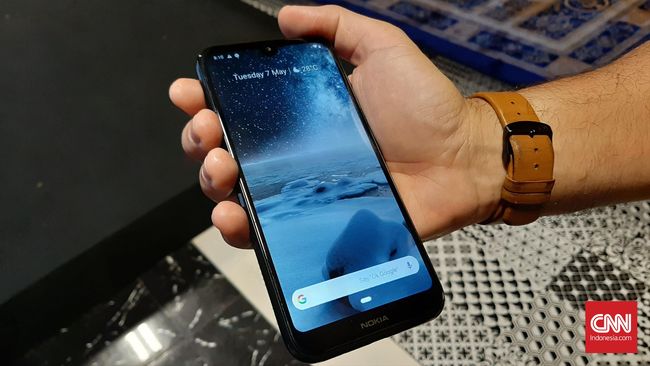 Indonesian marketing chief HMD Global, Miranda Warokka, said she is trying to find a loophole by selling cell phones that have excellent features out of all three aspects. For example, when creating a special button, the Google Assistant is one of the features that become one of the pillars of the latest Nokia phones, 4.2.

"In terms of approach to sales proposal, the Indonesian market has many characteristics in common, so we tried to be different from the previous one." The Indonesian market also competes in the same thing, if not the batteries, cameras, screens, "Miranda said. the event the launch of Nokia 4.2 in Jakarta, Tuesday (7/5).

Miranda said that Nokia has emphasized various features that have been discarded by other smartphone manufacturers, such as the pure Android One that does not have much bloatware.

The presence of Android One is called performance stabilization and low battery consumption. In addition, Miranda claims that the special Google Assistant button, loaded by Nokia 4.2, is the first feature in Indonesia.

"People and the media are accustomed to always asking Nokia what the new features are, because educated smart phones compete in these three resources in Indonesia, because they were educated like that," he added.

Miranda explained the reason he was putting a special Google Assistant button trying to educate the market about the importance of this service along with its derived features. Derived assets such as the Google Lens camera feature, Google Motion, for features that help make user activity easier.

According to him, this ignorance makes Google Assistant an eye and is often seen as insignificant.

"We, from Nokia, are honestly educating that there is still a lot of education beyond these three things. The Google Assistant itself has many functions, such as wellness function then run for battery saving for the personal assistant, "he added. (jnp / evn)