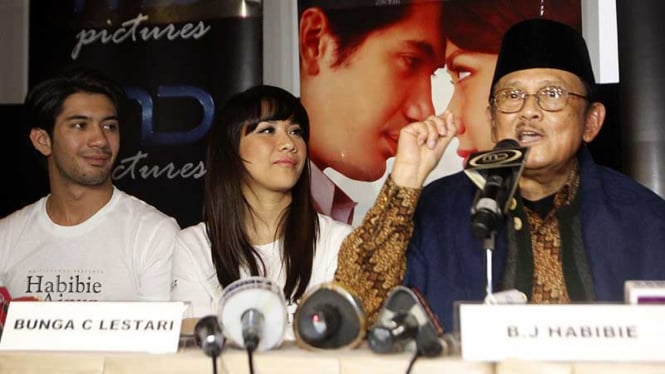 Unlike the previous film, the figure of Ainun who was played successfully by the artist Bunga Citra Lestari or BCL should be replaced by Maudy Ayunda. That's because, in this film, Ainun will be described as a younger, 17-year-old person.

B.J. Habibie said that BCL who is over 30 years old would be difficult and requires a lot of money if he had to portray a 17 year old figure. Habibie realized that.

"If people over 30 years of age are made 17 years a lot of money. So I noticed Who is next"Habibie said in the Setiabudi area, South Jakarta, Thursday, April 4, 2019.

Habibie said that he had thought about the figure of Ainun that could no longer be touched by BCL, even if BCL was already a success in touching it. "I think about it and because of this I know that one day BCL can not (Meranin Ainun), "he said.

So after receiving many suggestions and suggestions from the people around him about Maudy Ayunda and watching the Paper Boat movie, the third Indonesian president finally agreed that the figure of his wife was played by Maudy Ayunda.

"Then I say so chosen (Maudy Ayunda) because the best I'm sure he'll try and deliver to give the best"Habibie said.