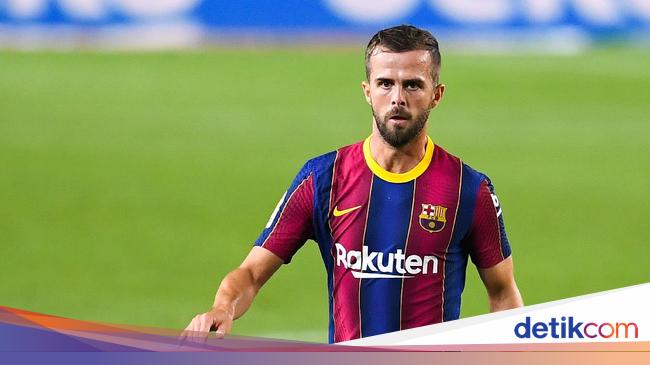 The Juventus-Barcelona duel will be very exciting for Miralem Pjanic. After four years defending the Bianconeri, now Pjanic comes as an opponent.

Juventus v Barcelona is the second round of Group G of the Champions League. The match took place at the Allianz Stadium in Torino on Thursday (10/29/2020) in the morning of the WIB.

Dealing with Juventus may be too early for Pjanic. Because he just left Barcelona at the end of last season, after four years playing for Juventus.

Pjanic felt four Scudetto titles at Juventus. There are also two Coppa Italia titles and an Italian Super Cup. Exclusively, Juventus is the first club to make the 30-year-old midfielder feel the title of champion throughout his professional career.

Pjanic did not make a cameo at Juventus. The Bosnian-Herzegovina man is one of the creators of the Old Lady game. In total there are 178 games for which Pjanic played with 22 goals and 41 assists.

“I am very happy to be back. This is a very exciting time for me,” said Pjanic before facing Juventus, as quoted by Italian football.

“I spent four years here, I have positive memories, I’m happy to be back here and see the people I worked with,” he continued.

“I am happy to see the team and all the staff, but now I am here to prepare for a very difficult game against a difficult team that wants to win the group, just like us, we want to be prepared,” emphasized Pjanic.

Probably, Pjanic will not enter this match. He also started a late season in Barcelona because he contracted the Corona virus during the summer holidays.

“Whenever there is a match, I want to play and I think this is normal, the moment I’m still adapting, I came later than the others because of Covid. I’m ready to do what the coach wants. important contribution to this team, “Pjanic revealed.