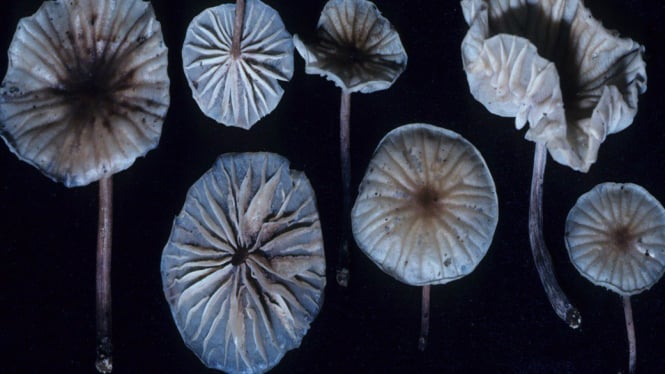 ALIVE – Indonesian researchers again contributed to the discovery of new species. This time, researchers from the Biology Research Center of the Indonesian Institute of Sciences or LIPI, Atik Retnowati, found 16 new types of clan mushrooms Marasmiellus Java and Bali.

In its official statement, quoted on Tuesday, April 2, 2019, LIPI estimates that there are 250 types of mushrooms Marasmiellus in the world and not yet fully described.

In Indonesia, the exact number of fungi of these genera is still unknown. So far, in Java and Bali, 35 species have been reported and 16 of them are new.

This finding is published in the journal Singapore Gardens Newsletter in 2018 with the paper title "The species of Marasmiellus (Agaricales: Omphalotaceae) from Java and Bali."

Mushrooms Marasmiellus has the characteristics of small fruit bodies with colors that do not vary. Most mushrooms Marasmiellus growing in the tropics. In ecosystems, fungi Marasmiellus plays a significant ecological role in tropical forests due to its saprophytic nature and lives on land, leaves or wood. There are also live parasites and can attack several plants, such as banana, sugar cane, corn and coconut trees. (ren)