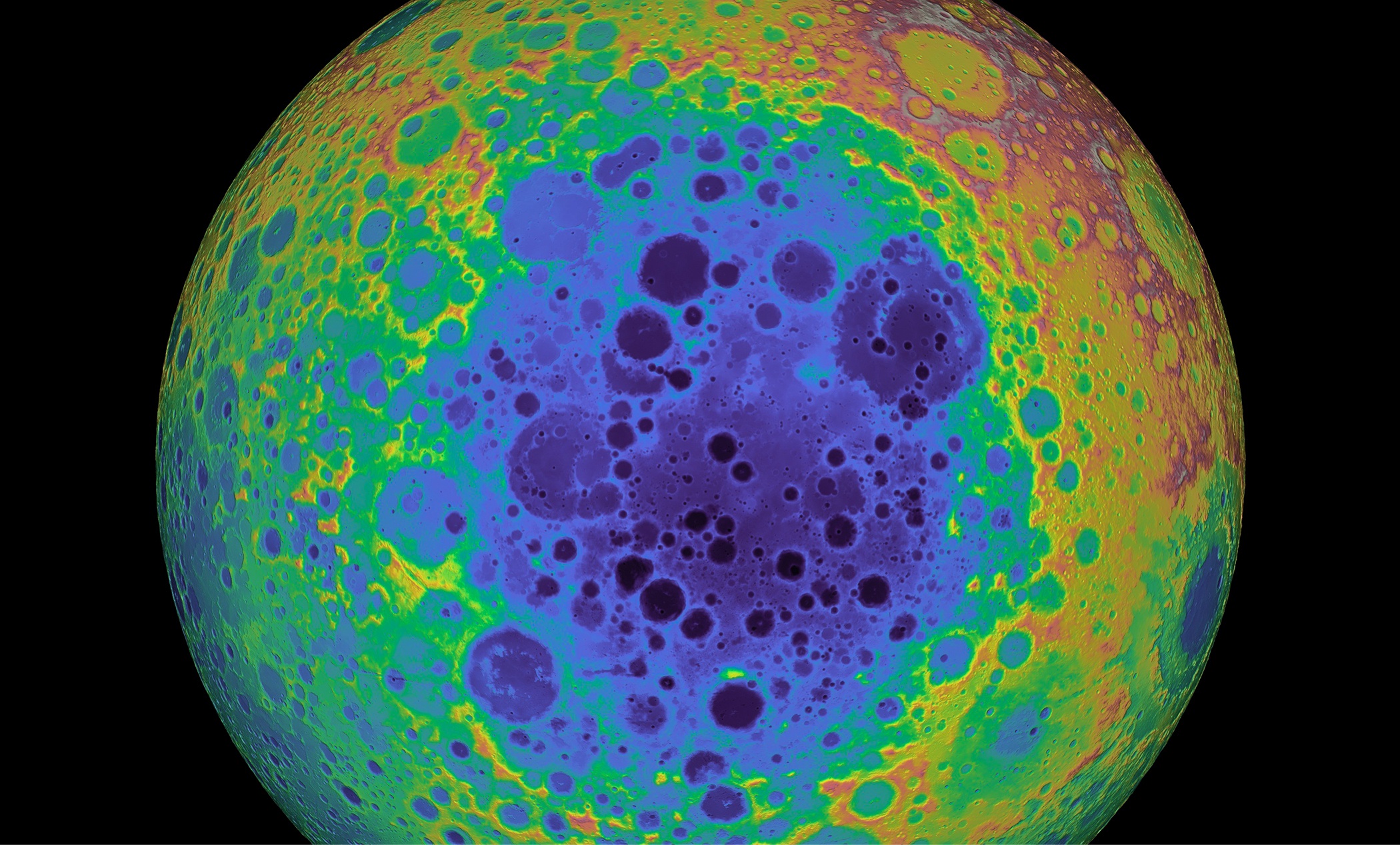 Apparently, there is something very strange and dark under the surface of the moon.

New research suggests that the South Pole-Aitken basin of the natural satellite has the buried remains of an asteroid that fell to form the basin. According to the researchers, the anomaly detected is a mass of 2.18 × 10 ^ 18 pounds and is buried 300 kilometers below the surface of the moon.

The neighboring area of ​​the Moon's South Pole has a huge crater that stretches 2,000 kilometers on the other side of the moon. Experts believe that this crater may be 4 billion years old and is the largest crater known to planetary science.

Scientists have developed the new hypothesis based on data from the National Aeronautics and Space Administration (NASA), specifically the space agency's Lunar Reconnaissance Orbiter and Gravity Recovery and Interior Laboratory (GRAIL) missions. NASA's lunar exploration this time has caused the two GRAIL spacecrafts to orbit the moon for more than a year and map the gravitational pull of the moon. Meanwhile, the Lunar Reconnaissance Orbiter mission has been dedicated to the Moon for almost ten years and has made billions of accurate measurements of the surface of the moon.

SEE ALSO: The cyclone Vayu has provoked its intensity and the Indians are already losing

The typography of the Moon anywhere around the South Pole-Aitken basin is particularly noticeable as mapped by the two lunar missions. Scientists observed an increase in the Moon's gravitational tug in this area and thus deduced the metal from the asteroid that formed the adjacent area of ​​the South Pole-Aitken basin, which may still be embedded in the surface of the Moon.

In addition, the researchers had another theory that could explain this anomaly – they assumed that the moon's magma, long ago, must have cooled and solidified and must have formed the crater, since the area in question has abundant reserves of oxide. . But scientists are still debating the feasibility of this idea, because if such a thing existed, it would not be long before the Moon pulled everything to the center with gravity in action.

The findings were made by researchers at Baylor University and the findings were published in the journal "Advancing Earth and Space Science," entitled "Deep Structure of the Lunar South Pole-Aitken Basin."