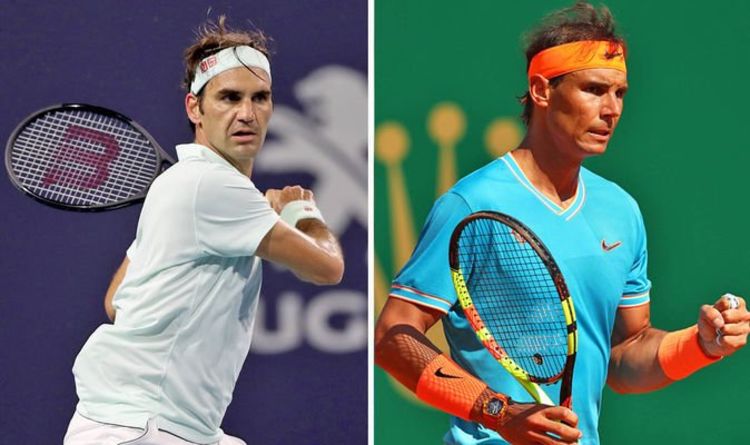 Nadal's favored surface is undoubtedly clay and this year he is ready to play a full schedule which includes three Masters 1000 events.

The tour will move to the grass and predominantly the hard courts for the rest of the year.

Playing on hard courts has had a major impact on Nadal's body in recent years.

Federer, 37, has been very strategic with the events he does as he seeks to extend his career for as long as possible.

In a discussion about how long Nadal will continue to play during his second win over Roberto Bautista Agut at the Monte Carlo Masters, Amazon Prime commentator Robbie Koenig has suggested that the Spaniard will try to play fewer on the hard courts because of the impact he has on his body and said that Federer will follow suit.

Koenig said: "It would be interesting if Nadal chose to play on hard courts very off the main, next year and the following year.

"Last year he only played nine events [on hard courts] and I think he finished just seven.

"It just shows how little tennis he has on his resume in 2018.

"And I think we'll see more of it both him and Roger going forward."

Prior to those comments, Koenig said he thought Nadal had "two or three years" in the sport.

"I think he'd do well to get two or three more years out of his body," he said.

"I think if he's still playing in three years, it would have exceeded my expectations.

"I think two is a good number. Three would be pushing the limit.

"I do not see him playing much more than that."

Nadal will play Grigor Dimitrov in the third round of the Monte Carlo Masters on Thursday.

Federer is not involved in the tournament as he trains on clay for the first time since 2016, in preparation for his return at the Masters in Madrid next month.