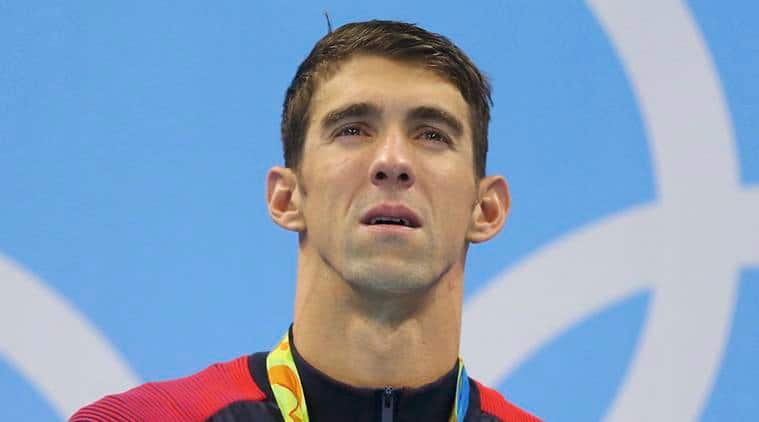 The most decorated Olympic athlete of all time Michael Phelps explained Tuesday why he would never return to the Olympics at any time in the future. Speaking to reporters at an event in New Delhi, the Olympic medal-winning swimmer said he has not felt the same in water since retirement.

"In swimming, when you miss a day of training, it takes two days to get back. In six years, I've never missed a single day. That made me better than athletes who took a Sunday off. But now that I'm out of the pool, if I come back again, I do not feel the same. I lost it. So there is no payback, "Phelps said.

At the Beijing Olympics in 2008, Phelps won eight Olympic gold medals in eight events. He won four gold medals at the London Games in 2012 and in 2016 returned to Rio to win five more.

Recalling his career, Phelps said it took him a long time to maintain the same level of performance over the years.

"The 2012 Olympics were perhaps when I was in my worst form. After winning all the gold in 2008, it was a challenge to discover my next goal. Later in 2016, finding the motivation again, training and getting back to work perfectly was even more challenging and incredible, "he said.

What was the most memorable Olympics for him? Phelps said he would rate the Beijing and Rio Olympic Games as the same, albeit for different reasons.

"2008 was memorable because I won 8 by 8. It's hard not to say that it was the biggest Olympics. But competing in Rio … climbing back up the mountain was a lot of fun. I felt like a boy of 15 to 16 years, who was starting to have fun again. Both were very different Olympics. But I love them both equally, "he said.

"I hate losing, but I was never afraid to lose. When people ask me what was going through my head when I was on the block, I tell them absolutely nothing. I can not change what I have prepared. All I have to do is get in the water and swim, "said the 33-year-old.

So, what does the future hold for him? Phelps said he is enjoying having discussions about active lifestyle and mental health.

"In the sports world, I managed to achieve everything I wanted. Now, I continue to talk about the importance of healthy and active lifestyles, mental health, and water safety. It's something close to me and makes me excited to get out of bed every day, "he said.

When asked about his advice to the next generation of stars, Phelps said, "Never give up on something that you really wanted. If your dream is true, you can do everything to make it come true. My journey was not always easy … it was not always fun. But it was something I really wanted and there was no one who could stop me from achieving my goals. "

"If there is a child dreaming of 50 Olympic medals, if there is someone dreaming about the stars, they can achieve that," he said.